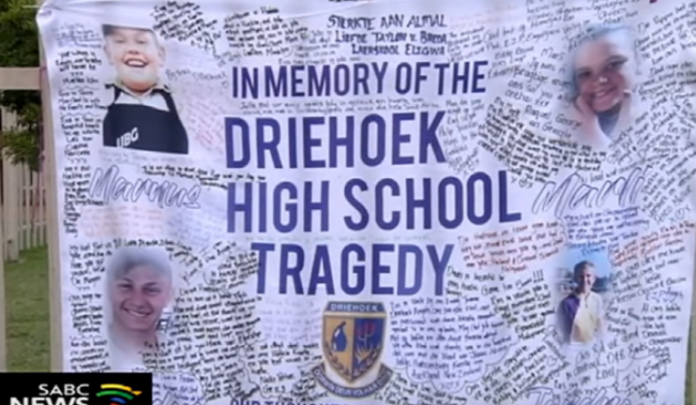 Though he feels honoured, he’s always thought of his son as a hero, says Donovan Olckers, father of Roydon Olckers, one of the deceased in the Hoërskool Driehoek walkway collapse tragedy. Roydon, 17, was in matric at Driehoek and saved the lives of two Grade 8 learners when a first-storey concrete walkway collapsed. He’s now been nominated for the Order of Mendi for Bravery, which is a national honour awarded by the government.

On 1 February, when the walkway collapsed, Roydon shoved Caitelin Harris and Denise Fourie aside – they’d been walking under the walkway when he realised it was about to collapse. Moments later the walkway gave way. Roydon died on the scene. The tragedy claimed the lives of four pupils, as well as injuring 20 others.

The Presidency awards the honour to South Africans for exceptional acts of bravery, such as placing their own lives in danger or who’ve lost their lives in an attempt to save another’s life or property – in our outside South Africa.

The order is named after the SS Mendi, a South African steamship that went down during World War 1 with 600 black soldiers as well as several white officers on board. The soldiers had been underway to France to assist British forces.