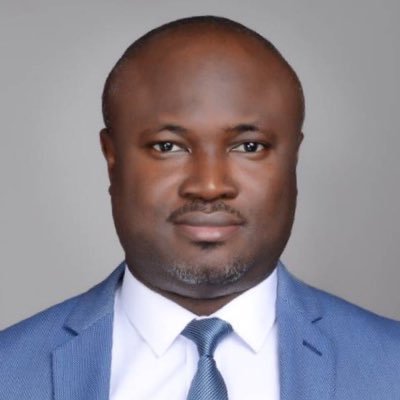 The Publisher and CEO, African Leadership Magazine UK, Ken Giami will join a list of renowned African Business and political leaders invited to speak at the 2019 Oxford Africa Forum billed to hold on the 8-9 March 2019. The event which is scheduled to hold at the Saïd Business School, University of Oxford, Park End Street, Oxford, will have in attendance, business, political, and diplomatic leaders, as well as members of the academia.

Mr. Giami, a renowned media magnet and international speaker, has been invited to join a panel discussion with the topic, Branding the African Narrative, with a focus on the Role of the Media in promoting a Stronger African Story.

The session will discuss the development of the African media industry and the role of media in curating the African narrative on a local, regional and global basis. According to the organizers, the session will also discuss the challenges faced by public and private institutions in accurately portraying activity on the continent and look at the role of social media and integrated networks in advancing this agenda. It would also question the impact of the African Continental Free Trade Area agreement on a more integrated narrative under the leadership of the African Union.

He would be joined on this panel by Pumela Salela, UK Country Head, Brand South Africa. The session would be moderated by Fox Business Network Reporter, Kristina Partsinevelos.

Mr. Giami’s invitation to this important session is hinged on his decade long commitment to the promotion of Africa as the continent of promise. Through his media conglomerate, including the African Leadership magazine, Dr. Giami has continued to promote innovation, entrepreneurship and development. African Leadership Magazine events held across major world capitals, have become the premium platform for celebrating Africa’s best in business, politics and diplomacy.

Since its maiden edition, African Leadership Magazine has grown to become a leading pan-African flagship leadership-focused publication read by over 1, 000, 000 targeted international investors, business executives, government policy makers, and multilateral agencies across Africa, the Middle East and Asia, Europe, and the US. It is distributed at major international and African Leadership events around the world. The magazine has over 900,000 subscribers/Followers on Facebook and a virile readership on other social media platforms. It is a niche and unbiased African voice born out of a desire to ameliorate a lot of Africans by focusing on individuals and corporates that are known for their legacy-based approach to leadership.