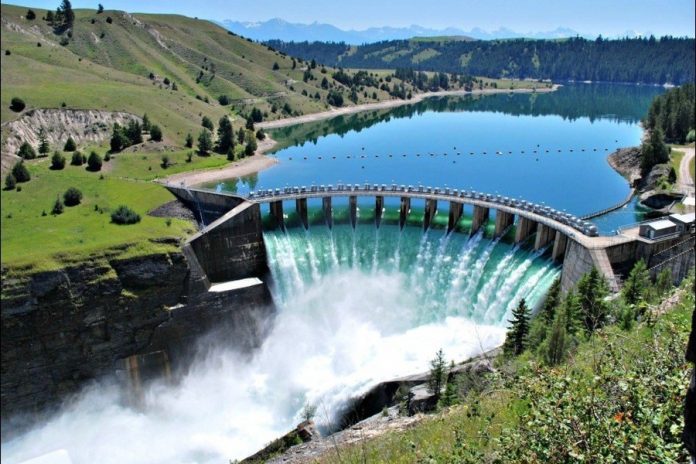 PIDG company, The Emerging Africa Infrastructure Fund (EAIF) today announced the signing of a US$27 million loan to Kikagati Power Company Limited (KPCL), which is building a 14MW run-of-the-river hydro electricity generating station at Kikagati on the Kagera River. KPCL is backed by the Africa Renewable Energy Fund, a US$205 million fund managed by Berkeley Energy.

100% of the energy generated will be bought by the Uganda Electricity Transmission Company Limited, Uganda’s single-buyer and transmission company, which will then sell half the energy on to Tanzania.

The Kikagati plant is the 10th renewable energy development EAIF has backed in Uganda, demonstrating the benefits of replicating experience, financial structures and legal documentation. 138MW of renewable generating capacity in Uganda has been financed by the EAIF  to date, representing a total investment of US$126 million.

Uganda has one of the world’s lowest rates of electrification, with an average national rate of 20%, falling to as low as 6% in rural areas. Kikagati’s rural location means that villages and businesses in the immediate area stand to benefit from the reliable and affordable power the plant will supply.

KPCL’s plant is to consist of an 8.5m-high dam of 300m in length, three turbines of 5.5MW each and associated earthworks, control and plant rooms and allied infrastructure connecting the plant to switchyards in Uganda and Tanzania. Around 250 people are involved in construction work. Once operational, around 10 permanent staff will run the plant.

FMO, the Dutch development bank, was mandated lead arranger of the project financing, and is lending US$27 million. The EAIF and FMO loans are over 16 years, a term that improves the long-term viability prospects of the project.

The Kikagati plant will benefit from the “GETFiT” programme. GETFiT is funded by a number of European governments and the European Union. It provides a tariff subsidy to a number of renewable energy facilities across Uganda. GetFiT funding brings down the average cost of power to consumers.

The Kagera River on which Kikagati is located forms the natural border between Uganda and Tanzania. The Project has been made possible through the close collaboration of the developer with the two governments.

EAIF Executive Director, Emilio Cattaneo says, “The Kikagati hydro power station will strengthen the economic development foundations of Uganda and Tanzania and provide good jobs in construction and operation. EAIF is now one of the most experienced providers of competitive long-term project finance to the African renewables energy industry. This is good for Africa, for employment and poverty reduction. Green energy is powering progress.”

Advisors to the lenders

The Emerging Africa Infrastructure Fund provides a variety of debt products to infrastructure projects promoted mainly by private sector businesses in sub-Saharan Africa. Part of PIDG, EAIF is funded by the governments of the United Kingdom, The Netherlands, Switzerland, and Sweden. It raises its debt capital from public and private sources, including Allianz, the global insurance and financial services company; Standard Chartered Bank; the African Development Bank; the German development finance institution, KFW, and FMO, the Dutch development bank. The Fund helps create the infrastructure framework that is essential to sustained economic stability; business confidence, job creation and poverty reduction.  It has to date supported nearly 70  infrastructure projects across eight sectors in 21 sub-Saharan African countries. EAIF is managed by Investec Asset Management.

The Private Infrastructure Development Group (PIDG) is an innovative infrastructure development and finance organisation which encourages and mobilises private investment in pioneering infrastructure in the frontier markets of sub-Saharan Africa and south and south-east Asia to promote economic development and combat poverty. PIDG delivers its ambition in line with its values of opportunity, accountability, safety, integrity and impact. Since 2002, PIDG has supported 170 infrastructure projects to financial close and provided 231 million people with access to new or improved infrastructure. PIDG is funded by six governments (UK, Netherlands, Switzerland, Australia, Sweden, Germany) and the IFC.

Investec Asset Management is an independently managed subsidiary of Investec Group. Investec Asset Management is a specialist investment manager, providing a premier range of products to institutional and individual investors. Established in 1991, the firm has been built from start-up into an international business managing more than US$141bn* on behalf of third party clients. The business has grown largely organically from domestic roots in Southern Africa to a position where we proudly serve a growing international client base from the Americas, the UK and Continental Europe, Asia, the Middle East, Australia and Africa. The firm seeks to create a profitable partnership between clients, shareholders and employees, and to exceed expectations for both client service and performance.