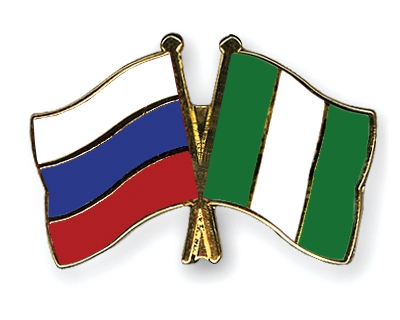 The minister for foreign affairs of the Federal Republic of Nigeria, Geoffrey Onyeama, and the minister of affairs of Russia, Sergei Lavrov, had diplomatic talks on development in different aspects during an official working visit to Moscow, which has led to the unveiling of a new relationship between Nigeria and Russia.

In their discussion, the minister tried to look into effects of bilateral contributions on development in areas like trade, politics, humanitarian supports and economic development. They focused their solutions towards their prospective cooperation in the nuclear industry, hydrocarbon processing, infrastructure projects and exports of Russian industrial products to Nigeria.

Speaking about the meeting, Mr. Lavrov said that positive results that will deepen ties between both countries are much expected. The result that includes progressive military cooperation between both countries and opportunities to be given to civilian expertise specialists and law enforcement officers to train in Russian universities, And other prospective benefits.

However, he pointed at the importance of Africans solving its problems the African way. Stating that African only need moral, political and material supports from international communities when it has already started to undertake the task of eliminating instability in the continent, carrying out peacemaking strategies and other problems that the continent is faced with.

“Certainly, the complicated problems that persist on the African continent require coordinated actions of the Africans themselves, with the support of the international community,” Lavrov said.

Speaking of peacemaking effort, the minister did not fail to commend Nigeria in her efforts to contribute to peace in other regions of Africa and he assured that Russia, “through the appropriate efforts at the UN Security Council,” will support Africa in keeping peace efforts. And also in Nigeria, to fight against terrorism referring to the Boko Haram terrorist organization. The both countries have promised a collaborative relationship to fight against terrorism in Africa and Russia.Speaking at the media conference. He said “We will continue to support the Nigerian government’s efforts to fight this evil. Of course, the well-known initiative of President Vladimir Putin on establishing a wide-ranging anti-terrorist front based on international law and without attempts to artificially bar someone from taking part in it remains relevant.”