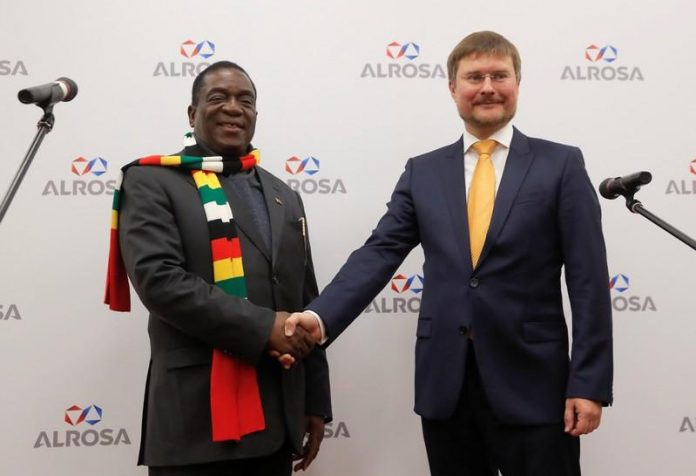 Russian diamond miner Alrosa and China’s Anjin Investments have been selected by Zimbabwe’s government to partner with the state diamond company, a state-run newspaper reported on Thursday.

The southern African nation announced in December that it would allow two private companies to explore and mine gems and Alrosa said last week it had set up a local subsidiary to start operations.

Anjin is one of several companies that was evicted from the Marange diamond fields in eastern Zimbabwe in early 2016 during Robert Mugabe’s rule after the government said their licenses had expired.

Zimbabwean President Emmerson Mnangagwa had put “Zimbabwean interest at the heart of exploitation of those diamonds only accepting foreign participation by way of selecting companies from Russia and China,” presidential spokesman George Charamba told the Herald newspaper.

The two countries have political allies of Zimbabwe since the days of its independence war against British rule.

London-listed Vast Resources and Botswana Diamonds have said they are planning to mine diamonds in Marange in partnership with a local community trust.