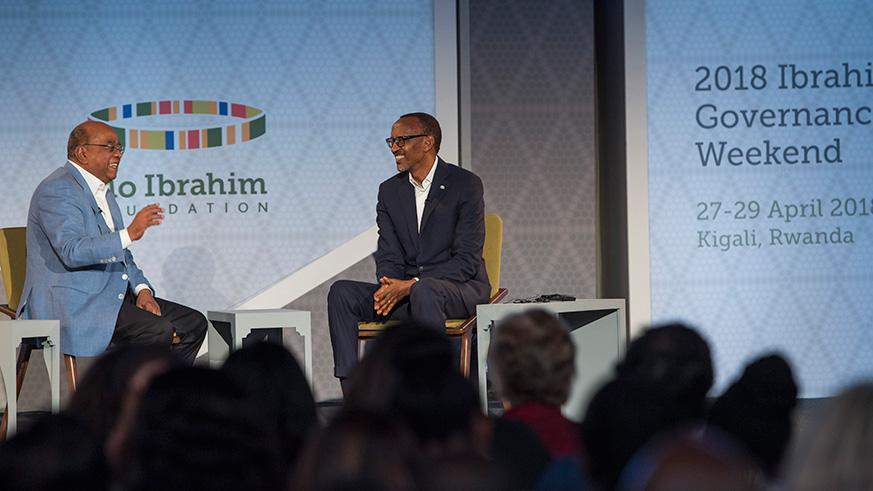 Speaking at a recently held panel discussion, moderated by Dr. Mo Ibrahim, founder of the Mo Ibrahim Foundation on the topic “Public services in 21st century Africa”, Rwanda Head of State, Paul Kagame, spoke extensively on the issue of Gender Equality and Inclusion.

The President believes that gender equity and inclusion is vital and will benefit to the entire society, therefore, it should be regarded in that perspective rather than been considered as a favour to women.

“We can work together to show the need to give women the place they deserve. It is not really giving it to them or handing it to them or doing a favour to them. It is just realizing that it is important for all of us not just for women but also for men. This helps the understanding of the practice as we have it here in our country. We can help by making the input required to that conversation and even raising it to the level of the African Union which is very critical,” he said.

During the session, the President said that among the action items he would seek to advance during his tenure as Chairperson of the African Union, it would include gender inclusion and equity at the Union.

According to him, among Rwanda’s interventions in the regard will be to share experiences to ensure women get what they deserve at the African Union.

Having said that, it is his opinion that the society is hugely aware about the need but in practicing the solutions, there are still much to be done in terms of implementation.

“There is only so much I can do, but it is a good conversation that’s already been happening here at home. We can keep talking to one another to show the urgency of this. I think people understand the need only that when it comes to implementation do some difficulties develop,” Kagame said.