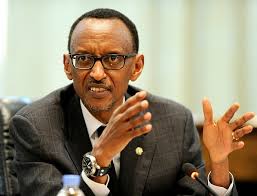 Rwandan President Paul Kagame has recently reacted to critics of a December referendum that could allow him to extend his time in office through 2034. The United States and Western powers criticized the move.
Kagame, who has been effectively in control of the central African country since he marched a rebel army into its capital Kigali in 1996, ending a genocide that saw 800,000 massacred, contended he was following the will of his people.
“Rwandans, most of whom are under 30 are more concerned with reaching our potential than sliding back into the dark past,” Kagame said in a speech at Harvard University in Cambridge, Massachusetts, just outside Boston.
“There is a new democratic fundamentalism that values form over substance,” Kagame added. “If it is inherently undemocratic to amend constitutions, why do they contain provisions for doing so everywhere?”
The U.S. State Department last month said it was “deeply disappointed” in Kagame’s decision to seek a third term in office.
“If some people seek to stay in power when their people don’t want them – and it has happened, I’ve seen it in Africa – that will always end in a disaster,” Kagame said. “Is it the same case with Rwanda? I’m telling you no.”