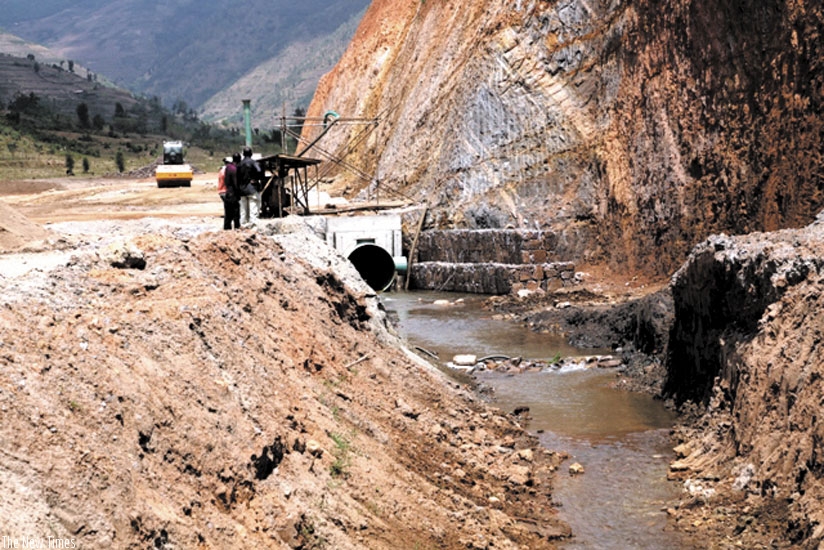 Efforts by farmers in Rulindo District, Northern Province to enhance production have got a huge boost, thanks to a new multimillion dollar irrigation dam project. The Muyanza dam hillside irrigation scheme is expected to significantly improve horticulture production, among others, according to the Ministry of Agriculture and Animal Resources.

The $16.5 million (about Rwf13 billion) project is funded by the World Bank under the Land Husbandry Water Harvesting and Hillside (LWH) irrigation project, the ministry indicated in a statement last week. Once completed, it will be the largest irrigation project in the country with the capacity to store 2.4 million cubic meters of water and a retention wall of more than 26 meters high.

The dam is expected to retain enough water to irrigate 1,100 hectares of farm land throughout the year, benefitting all categories of farmers – commercial and small-and-medium farmers, the ministry said.

Celestine Byukusenge, a farmer in Rulindo District, said the dam will encourage more farmers to embrace crop irrigation and solve challenges they have been facing during dry spells and thus reducing fluctuation in production.

The LWH was initiated in 2009 by the government and is multi-donor funded project. It seeks to increase productivity and promote commercial agriculture on the hillsides across the country.

Government has been promoting irrigation to make farming more sustainable and commercial-oriented.

Currently, farmers get 50 per cent subsidy on small irrigation equipment, and government is also setting up big irrigation schemes, like the Nyamugali irrigation project to support horticulture farming in Kirehe District.

Therefore, the Rulindo project is another step towards realising the country’s objective of smart farming.

The government has been encouraging farmers to embrace modern farming methods, including mechanisation, irrigation, fertiliser application, and planting improved seeds to enhance output and their earnings. It assured the farmers that it will continue investing in infrastructure projects, including setting up more irrigation schemes, to support the sector.

Besides helping diversify the country’s export base, the agriculture sector employs over 72 per cent of the Rwandan population.

The sector contributed 33 per cent to the national economy during the first quarter of 2016, up from 31 per cent in the same period last year.

Government seeks to achieve 8.5 per cent growth rate for the agriculture sector by 2018, from the current 7 per cent.