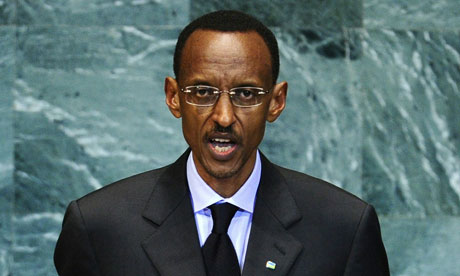 The Ministry of Natural Resources has recently joined hands with a non-governmental organisation to mobilise more than Rwf3 billion that is needed to counter threats to natural resources in three sites.
The resources are Busaga natural forest in Muhanga District, Mukungwa River watershed in Musanze District, and dealing with substandard mining in Ngororero District.
The move follows a survey that showed that Busaga natural forest that once occupied 300 hectares of land in Rongi Sector, has since been reduced to less than 150 hectares due to agriculture, wood exploitation and settlement.
“We first analysed if there was no other project seeking to address the problem but previous efforts looked at only planting bamboos on the buffer zone yet trees are still illegally being felled,” said Oscar Nzabonimpa, the chief executive of an NGO, ‘Protection of the Environment and the Promotion of Improved Homes,’ involved with conserving the forest.
The new effort will involve providing alternatives for wood, agriculture and settlement.
It would support more than 1,500 households in surrounding areas with income generating activities such as beekeeping, best agricultural practices and landscape management, woodlot, agro-forestry, improved stoves and reforestation.
The fourth Integrated Households Living Conditions (EICV4) survey indicated that over 90 per cent of Rwandans still use wood energy, with the rate of forests cutting higher than planting.
The government targets to reduce this percentage to 50 per cent, against forest coverage target of 30 per cent from the current 29.3 per cent, according to Innocent Musabyimana, director of planning, monitoring and evaluation at the Ministry of Natural Resources.
Another project focuses on the protection of Mukungwa River water sheds and other neighbouring rivers that play an important role in water supply and energy production.
Officials said substandard mining in the western region has been causing erosion and loss of lives, calling for environmentally-friendly mining practices to protect rivers such as Sebeya that that were affected by erosion and pollution.
Musabyimana said there are over 400 mining sites but an ongoing assessment shows that almost half of 200 sites surveyed so far breach mining standards.
Rwanda is eligible to access funds for environment projects from Green Climate Fund and Global Adaptation Fund in line with Vision 2050 on green climate resilient economy.