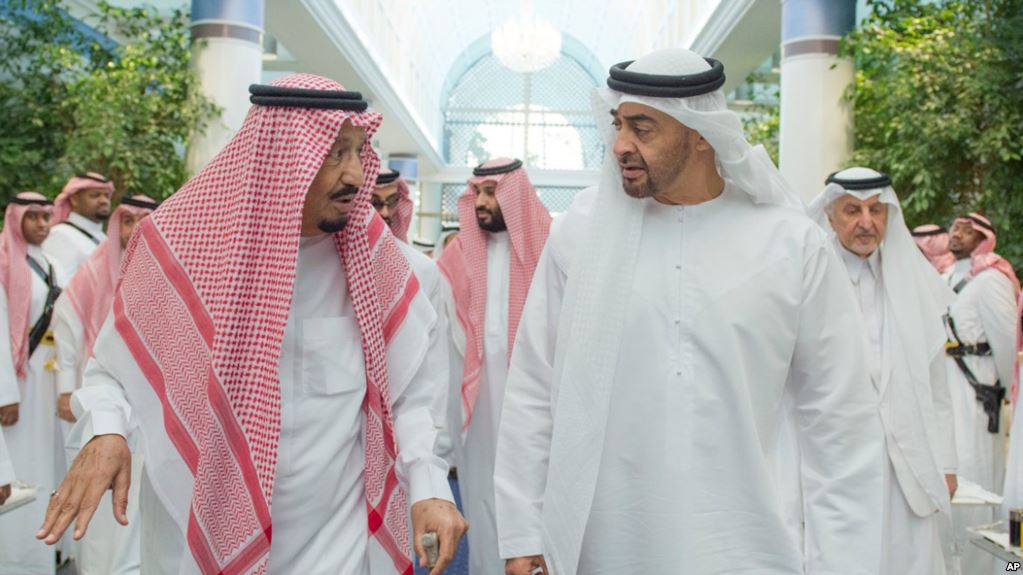 The countries said they would cut air and sea traffic to the country and withdraw their diplomatic staff from the gas-rich Qatar. Qatar Airways announced a suspension of flights to Saudi Arabia.

Qatar’s Foreign Affairs Ministry said the measures are “unjustified and are based on unfounded allegations.”

Saudi Arabia, which leads a coalition of nations fighting in support of Yemen’s government, also said Qatar’s forces would be withdrawn from that fight.

The Saudi state-owned SPA news agency said Qatar “embraces multiple terrorists and sectarian groups aimed at disturbing stability in the region, including the Muslim Brotherhood, Islamic State, and al-Qaida, and promotes the message and schemes of these groups through their media constantly.”

“Qatar has been exposed to an instigation campaign based on allegations that amounted to absolute fabrications, which proves that there are premeditated intentions to cause damage to the state,” Qatar’s Foreign Ministry said. It further accused the nations involved of seeking to impose “guardianship” over Qatar.

U.S. Secretary of State Rex Tillerson said he does not expect Monday’s actions to have an impact on the fight against terrorism in the region or globally. He urged all of the parties to address their disagreements.

“I think what we’re witnessing is a growing list of some irritants in the region that have been there for some time,” Tillerson said, “and obviously they have now bubbled up to a level that countries decided they needed to take action in an effort to have those differences addressed.”

Tillerson said that if there’s any role the U.S. can play “in terms of helping them address those” issues, they will gladly assist.

Hints of Monday’s six-nation split with Doha emerged last month when Qatar contended that hackers were behind the release of false remarks attributed to Emir Sheikh Tamim bin Hamad Al-Thani, the Qatari leader, that were published on the Qatar News Agency website.

Qatar said it had been the victim of a “shameful cybercrime.” Despite Doha’s official denial, media outlets in several Gulf countries reported the emir’s comments as fact.