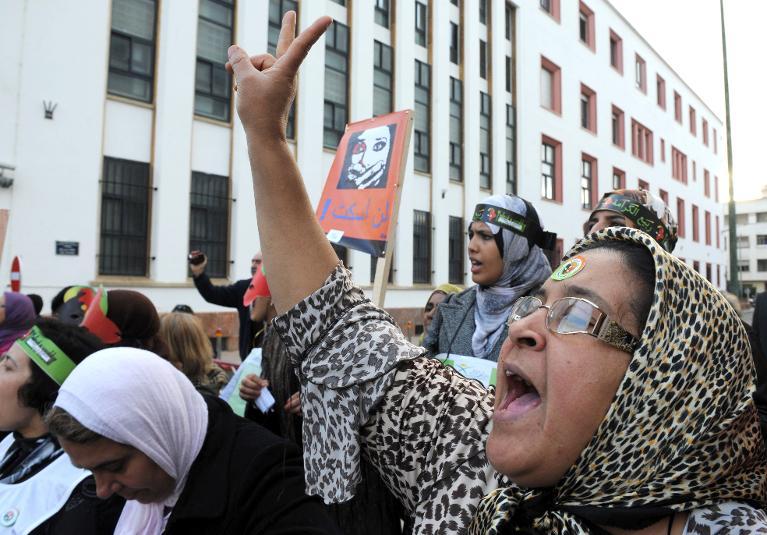 The women of Morocco took to the streets recently in the coastal city of Al-hoceima to protest the inequality and ill treatments meted on women in the country. They demand freedom and the right to live life in absolute dignity in the northern Rif region.

They have also asked for access to jobs, health services and infrastructure in the region.

The authorities in Morocco has however been a stumbling block to their activities as on Saturday, at the public park, about a hundred of female Protesters were bound by the police.  And many have been forced to end the protest.

The leader of the protest Nasser Zefzafi was arrested by the police last week having been accused of “undermining the security of the state” and other criminal acts. Also, Nawal Ben Aissa another leader of the protest movement a prominent member of Hirak was pulled out from the group by a female police officer.

According to Mohamed Chtatou, “Women in northern Morocco were usually confined to their homes. They never participated in politics even if they were educated, but now women are leading protests, which is significant.”

A female Protester told Reuters during the riot that “We never imagined our city would become like this.”

“We go to sleep in fear and we wake up in fear,” said Fatima Alghloubzari as she tried to join the other women.

Currently, the town is in disarray as the protest continues and some parts of the city have been surrounded by police who have been trying to stop people from joining the riot.

A Moroccan government spokesperson Mustapha El-Khalfi admitted that the demands of the protest by the hirack people were “legitimate” and he also confirmed that the authorities are making quick efforts towards completing their promised infrastructure and development projects made to the region.