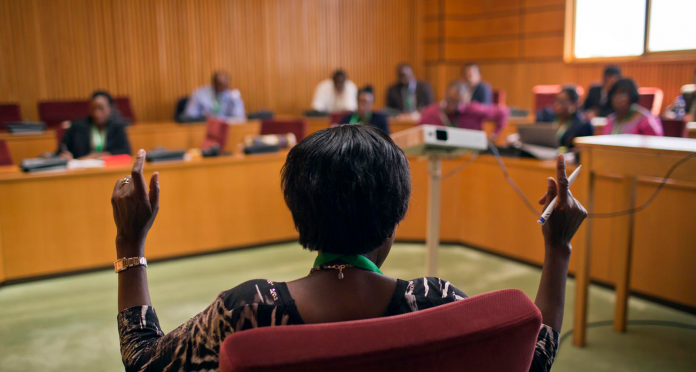 Today, a Pan-African intellectual collective of over 100 writers, scholars from the social and natural scientists, medical doctors and artists from across Africa and the diaspora launch the Collective for the Renewal of Africa (CORA) with a series of six conversations from 12-17 April starting at 15:00 GMT each day. CORA is a global Pan-African intellectual collective that reflects the great regional and linguistic diversity of the continent and its diaspora.

They will discuss the following themes: The Role & Responsibility of African Intellectuals, Africa in the Global (Dis)order, Pan-Africanism; Rethinking African Economic Development Through and Beyond Covid-19, The Role of African Languages in Social Transformation, and Harnessing the Potential of Science, Technology and Endogenous Knowledge.

For CORA members, the challenge for Africa is no less than the restoration of its intellectual freedom and a capacity to create – without which no sovereignty is conceivable. It is to break with the outsourcing of its sovereign prerogatives, to reconnect with local configurations, to break with sterile imitation, to adapt African and imported science, technology and research to its context, to elaborate institutions on the basis of its specificities and resources, to adopt an inclusive governance framework and endogenous development, to create value in Africa in order to reduce its systemic dependence.

In response, CORA will foster a culture of solidarity, constructive exchange and active participation amongst African intellectuals; it will produce quality research, and recommend results, as well as support their implementation. The Collective will also act as a sentinel with regards to the prevailing situations of the African continent and its institutions. It will support meaningful change by making available innovative ideas and expert knowledge in service of African societies.

“Most states in Africa have had formal independence for over sixty years without any real sovereignty over the economic structures, the use of their resources, the terms of exchange in the global economy and the possibility, therefore, to provide decent living conditions to their societies. Africa can only recover political initiative when its material, intellectual and cultural resources are no longer dilapidated to support the development of others but rather invested in building egalitarian, healthy and dignified societies. We are therefore calling for a second independence” says Dr Amy Niang, a founding member of the collective.

Last year, the collective published an open letter to urge the continent’s leaders to use the coronavirus pandemic crisis as an opportunity to spur ‘radical change’. Beyond the open letter, CORA made a collective commitment to gather Africa’s intellectual resources in the development of knowledge that stimulates progress and supports tangible autonomy. An autonomy constructed on a capacity of Africans to think for themselves, to decide their own model of development, to determine their forms of governance, and to frame the terms of Africa’s engagement in the global system.

CORA is pleased to partner with the Coalition for Dialogue on Africa (CoDA), the Open Society Initiative for West Africa (OSIWA) the Economic, Social & Cultural Council (of the African Union) (ECOSOCC), and The Rosa Luxemburg Foundation as partner institutions for its launch event series.

About the Collective for the Renewal of Africa (CORA)

The Collective for the Renewal of Africa (CORA) is a Pan-African intellectual collective of over 100, social and natural scientists, historians, writers, medical doctors and artists from across Africa and the diaspora. The collective is dedicated to promoting African knowledge and innovative thinking through the production of quality research, and to influencing positive change within African nations and in service of African societies.