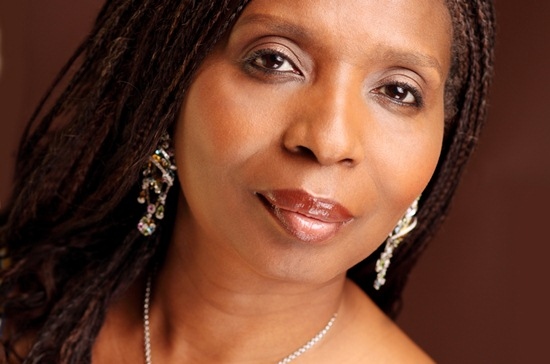 While companies and government undoubtably can do more to promote women in leadership positions – women need to learn how to tap into their unique strengths and make use of existing platforms to become more successful in the business world.

Having more women in management roles is good for the bottom line. Research shows that female board members in executive positions for listed companies impact positively on the firm’s stock price – proving that women in leadership positions can boost a company’s performance.

Yet women continue to be underrepresented at executive levels of business. The 2013 Grant Thornton International Business Report on women in business recently released, revealed that only 28 percent of senior management positions in South Africa were filled by women, a figure that has remained unchanged for the last four years. This corresponds with the global average of 24 percent.

While the need for gender diversity in the workplace is recognised worldwide, putting it into action appears to be complicated. A Harvard Business Review study published in June 2013, found, “Although boards say they like diversity, they don’t know how to take advantage of it. Women told us they were not treated as full members of the group, though the male directors were largely oblivious to their female colleagues’ experience in this regard,” wrote authors Prof Boris Groysberg and Deborah Bell.

The study entitled “Dysfunction in the Boardrom” was based on research done in 59 countries and stated that women had to be more qualified than men to be considered for directorships and appeared to pay a higher personal price to become board members than men did. In comparison with male directors, fewer female directors were married and had children. A larger percentage of the women were divorced.

But, according to some women role models, getting to the top of the corporate ladder is not about working harder – but rather about working smarter.

Business Woman of the Year in 2011 and Discovery’s Franchise Director, Kate Moodley, says men often welcome women in senior company positions. “This does not mean that women in executive or managerial positions don’t initially encounter some resistance, with people perhaps having to get used to a woman getting on board, but as time goes on, your competence will work in your favour.”

She recommends that women remain true to themselves and their own way of doing business. “I don’t compromise on some things. For instance, in a male-dominated industry there is often a lot of socialisation after hours. I take a very different view; I say it’s about service, about resolving client problems and upskilling yourself, not partying until 5am. On a business level it may be construed as being set in your ways, but the results will be in your favour. Be competent, be uncompromising.”

She is inspired by a quote by Reserve Bank Governor Gill Marcus: “You should be selected for a position not because you are a woman but because you are the best at what you do.” This ties in with what Liz de Wet, course director of the Women in Leadership programme at UCT’s Graduate School of Business (GSB) calls a “signature presence” – the unique presence each woman has in her role as leader. Successful women in leadership have developed their own management style, based on their core values and personal abillities, says de Wet.

Make use of coaching, mentoring and training opportunities

In order to develop themselves, women should be encouraged to seek out development opportunities and have the confidence to identify the right mentors adds de Wet. Coaching programmes and sponsorship initiatives can be valuable support mechanisms for women in leadership positions.

Rosemary Grant is a former general manager and board member of a mulitnational company and now runs the GSB Women in Leadership programme alongside De Wet. She says operating without sponsorship or mentorship in complex organisations tends to be a common barrier to progress. Such support can nurture inate leadership qualities and give that signature presence the opportunity to make a unique impact on the organisation. Without it, women risk just being subsumed into the dominant culture.

“Operating in an environment which is slow to embrace the value of gender diversity can be a confusing and challenging experience. In this situation, does one hold true to your own values and ideas or adopt the dominant approach? The key to success here is not only to remain true to oneself but also to find appropriate approaches and sponsorship which will enable colleagues to have a greater appreciation of what a woman’s life experience can bring to the table,” she says.

Take your time, pick your battles

Moodley remembers the challenges she faced when she started out in her career.

“I was quite young when I got into management and many people I worked with were 10 to 20 years older than me. The reality is you have to win people over, find courage and confidence.”

Grant similarly says she took a “very steady” six months to settle into her new top management role. “I ensured I met all key players on a one-to-one basis and understood their particular business needs. I focused on having significant relationships with individual peers rather than running the risk of lumping them all under ‘the old boys network’ label. Also, I developed a sphere of influence way beyond my peer group and across several countries which was useful for everyone on the board.”

“Looking back, an important point of discernment was to ignore silly comments and football conversations and to choose carefully when to take a stand when something unacceptable arose.”

The fact that women often inhabit a different reality and bring other views and perspectives is part of the diversity that they bring to the boardroom table. “This duality in their lives can be an advantage that makes women more suitable for certain leadership roles,” says Lyndy van den Barselaar – Managing Director for Manpower Group South Africa.

Know the value of networking

Grant says that the time she invested in developing her networks was one of the best things she could have done. One of the common mistakes that she has observed when women step into senior roles, specially in male-dominated organisations, is that they underestimate the importance of networking. “One of the big consequences of being poorly networked often manifests itself in poor communication skills – not knowing when to inform, not knowing who really needs to know, not appreciating when silence and confidentiality are critical.”

Grant adds that not supporting other able women is also a common mistake women in leadership make. Moodley agrees and says she promotes the development of talent within her own company, emphasising the advantages of building a strong network of women within an organisation. She advises female leaders to take other women along on the journey to the top as this benefits leaders, employees as well as the company in the long run.

While it cannot be disputed that there is a need for companies to do more in terms of buying into gender diversity and the promotion of talent development – women should realise that they already have many of the tools and abilities needed for success at their disposal. Focusing on strengths instead of weaknesses and tapping into personal core values to develop a signature presence can be regarded as pivotal to success in the business world.

What successful women in business share, says Grant, is “a winning combination of ability, good networks, sponsorship and courage.”