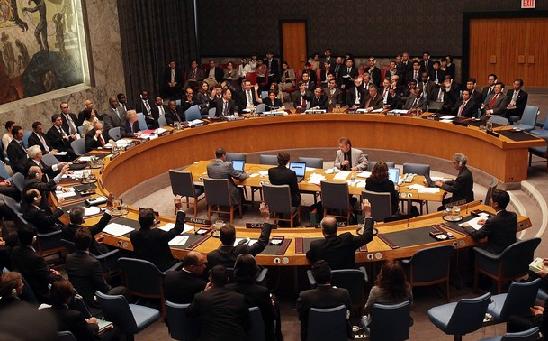 The United Nations Security Council must act to ensure Morocco’s decision to expel personnel from a U.N. peacekeeping mission in the disputed territory of Western Sahara does not set a bad precedent for other missions, a U.N. official said on Wednesday.
The controversy over U.N. Secretary-General Ban Ki-moon’s use of the word “occupation” during a recent visit to the region is Morocco’s worst dispute with the U.N. since 1991, when the U.N. brokered a ceasefire to end a war over Western Sahara and established a peacekeeping mission, known as MINURSO.
The United Nations has shut its military liaison office and withdrawn dozens of international staffers from MINURSO as demanded by Morocco in retaliation for Ban’s remarks, which Rabat has described as “unacceptable.”
U.N. officials have said the reduction of staff has severely affected the mission in the Moroccan-annexed Western Sahara region.
So far the 15-country Security Council, which ordered the deployment of MINURSO decades ago and renews its mandate every year, has said nothing on the Moroccan dispute with the U.N. despite near daily discussions on the subject.
Ban wants swift council action to back him and MINURSO with a strong statement of support.
“The Secretary-General very much wants the Security Council to act, and not only to preserve MINURSO’s operations but also to prevent similar actions in other peacekeeping operations around the world,” a U.N. official familiar with the Western Sahara dossier told reporters on condition of anonymity.
The leaders of Democratic Republic of the Congo and Sudan have demanded the departure of U.N. peacekeepers from conflict-torn parts of their countries.
The U.N. official said the presence of MINURSO was necessary to prevent a “security vacuum”, adding that “there is the potential for escalation” into renewed conflict.
Diplomats have blamed the council’s silence on Morocco’s traditional ally France, along with Spain, Egypt and Senegal.
Rabat accused Ban earlier this month of no longer being neutral in the Western Sahara dispute when he used the word “occupation” to describe its 1975 annexation of the region, when Morocco took over from colonial power Spain.
Ban had visited refugee camps in southern Algeria for the Sahrawi people, who say Western Sahara belongs to them. They fought a war against Morocco until the 1991 ceasefire.
The Polisario Front wants a referendum on independence, but Morocco says it will only grant autonomy. Polisario says Rabat’s moves against the U.N. jeopardize the ceasefire and could lead to renewed conflict.