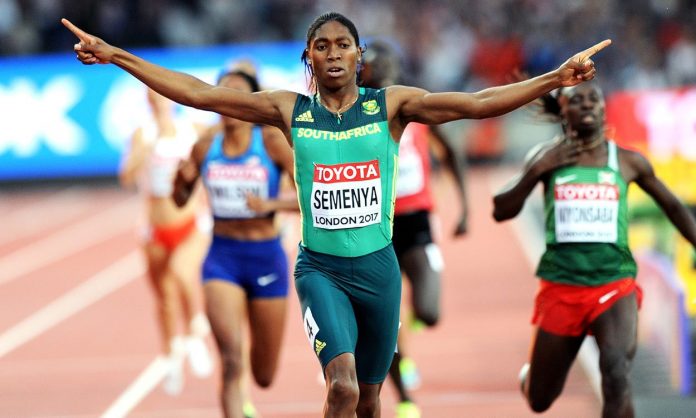 Olympic gold medalist, Caster Semenya cruised to victory in the 5,000 metres at the South African Athletics Championships on Thursday (April 25). Semenya looked in complete control as she won in a time of 16:05.97 on the opening day of the championships, which serve as an important yard-stick for the South African team going to the World Championships in Doha in September.

Semenya made a rare run in the longer distance after earlier cruising into Friday’s (April 26) final of the 1500-metres as she set a pace of 4:30.65, well below her personal best.

Despite barely breaking a sweat, her 1,500-metre time was nine seconds quicker than the second fastest qualifier. The heats for the 800-metres, her principle event, are ‪on Friday morning, with the final to be run ‪on Saturday (April 27) evening.

But this is limited to events ranging between 400-metres and a mile, and so would not include the 5,000-metres, leaving Semenya free to compete unhindered. Her time on Thursday was 45 seconds slower than the best mark set in 2019 so far, but Semenya looked to be holding back on pace before putting in her familiar sprint in the final 200 metres.