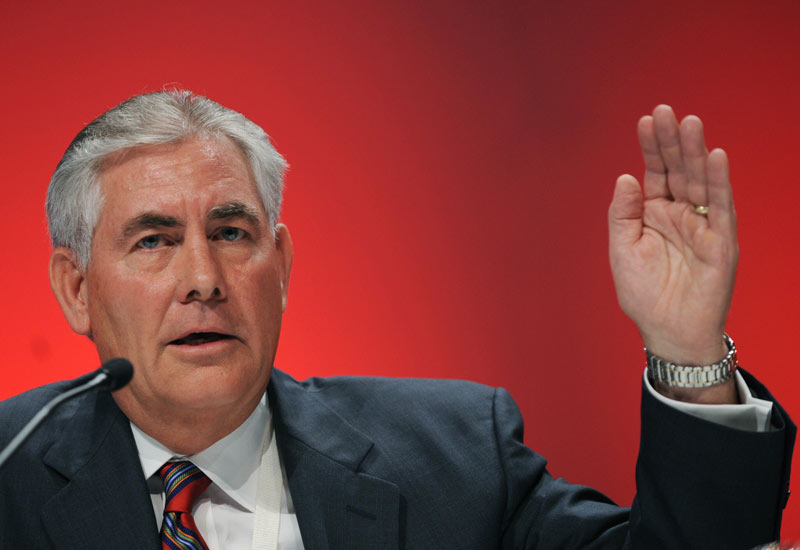 Vice President Mike Pence administered the oath of office to Pompeo after the Senate confirmation vote.

Senators of both parties cited Pompeo’s service on the House Intelligence Committee as a reason to back his nomination.

“I can’t think of a member of Congress that has traveled more around the world, spent more time at the CIA, understanding the ins and outs of what they do, of how they do it, of why it’s important to the American people and to the security of this country than Mike Pompeo,” said Republican Richard Burr of North Carolina, chairman of the Senate Intelligence Committee. “He’s well versed on intelligence community operations, capabilities and authorities.”

“While Congressman Pompeo and I disagree on many issues, I believe he can be an effective leader at the CIA,” said Democratic Senator Mark Warner of Virginia. “He has convinced me that he will follow the law banning torture [of terror suspects].”

Pompeo had criticized the Obama administration for ending so-called “enhanced interrogation techniques.” But at his confirmation hearing last week, he promised to follow U.S. law on the treatment of detainees.

Tillerson, meanwhile, received the backing of all Republicans and no Democrats on the Senate Foreign Relations Committee, where Republicans have a one-seat majority. His nomination now goes to the full Senate for a final confirmation vote, likely later this week.

Tillerson’s tenure as CEO of ExxonMobil proved to be a partisan point of disagreement as to whether he is a good choice to be America’s top diplomat.

“He’s managed the world’s eighth largest company by revenue with over 75,000 employees,” said the committee’s chairman, Bob Corker, a Tennessee Republican. “Diplomacy has been a critical component of his positions in the past, and he has shown himself to be an exceptionally able and successful negotiator who has maintained deep relationships around the world.”

“He sounded like a business person rather than a person who wanted to be secretary of state,” said Senator Ben Cardin of Maryland, the committee’s top Democrat. “I did not see that commitment to be the advocate, globally, for human rights and good governance that I would like to see in the secretary of state.”

Suspense about the committee vote evaporated earlier in the day when Senator Marco Rubio of Florida, the lone Republican who had expressed significant doubts about Tillerson, announced he would back the nominee.

“My concern was that Mr. Tillerson would pursue a foreign policy of deal making at the expense of traditional alliances and at the expense of human rights and of democracy,” Rubio said. “I believe that all presidents, especially a new one, are entitled to a significant amount of deference on their Cabinet appointments.”

Democrats expressed consternation about Tillerson’s responses to questions about Russia’s activities on the world stage during his confirmation hearing earlier this month.

“At a time when Russia’s continuing aggression around the world and interference in our election must be at the top of America’s diplomatic agenda and a chief concern to our secretary of state, it is incredibly troublesome that Mr. Tillerson [told the committee that he] and President Trump had not even discussed the specifics of their Russia policy,” said Democrat Robert Menendez of New Jersey.

Republicans wanted to confirm Pompeo last Friday after Trump was sworn in as president. But Democrats demanded floor time to debate the nomination, causing the vote to be postponed.

Republicans are cautioning against delays in allowing Trump to complete his national security team.

“Our country continues to face incredible threats,” said Senator John Cornyn of Texas. “And they are not hitting the pause button. It’s possible that some of our foes could try to test the resolve of President Trump and his new Cabinet during this period of transition, where everybody recognizes this is a period of vulnerability for the United States.”

By Michael Bowman (Voice of America)