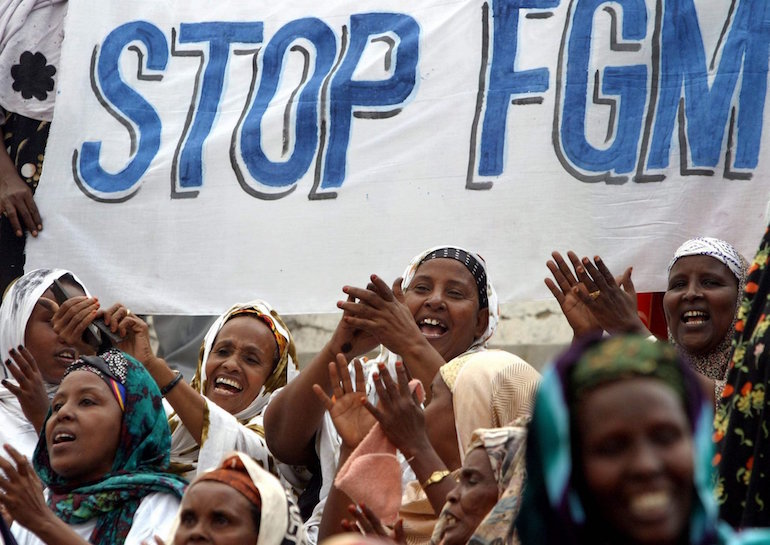 Following the International Day of Zero Tolerance for Female  Genital Mutilation, which held earlier this week, authorities of the  Republic of Somaliland have issued a religious edict, called “Fatwa” banning  the practice of female genital mutilation and also passed a legislation to  punish all violators of the law.

According to the ministry of religion of Somaliland, the  Fatwa, which was recently announced by the ministry does not only attracts punishments  on its violators, but also includes compensating victims of FGM.

“It’s forbidden to perform any circumcision that is  contrary to the religion which involves cutting and sewing up, like the pharaoh  circumcision,”

Speaking about the FGM and the Fatwa, Somaliland’s  representative in Britain, Ayan Mahamoud, said, “The reason that this harmful  practice has existed for so long is that people believe it is because our  religion or culture dictates that we should do it,”

“The fatwa is basically a message from the government  to everyone in Somaliland that there is no religious or cultural basis for FGM”.

The fatwa is a timely development to the ongoing revolution  in the country concerning women, having come in less than a month after the  country’s parliament approved a bill criminalizing rape with prison terms for  those who are convicted.