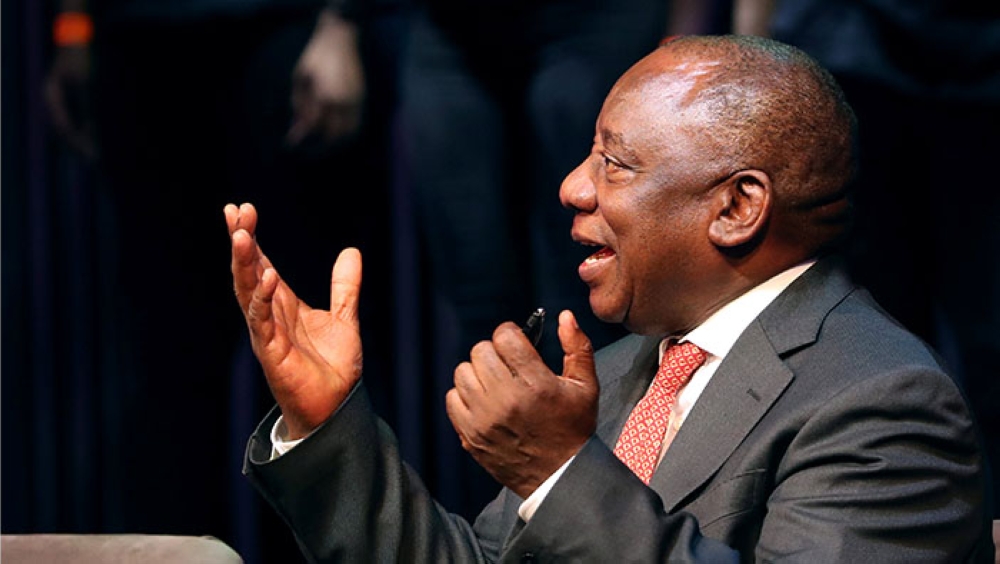 South Africa has investment commitments of $35 billion as part of plans by President Cyril Ramaphosa to attract $100 billion over the next five years to revive the country’s flagging economy, his economic adviser told Reuters on Wednesday.

The South African government hopes to raise more money from companies and governments at an investment summit in Johannesburg on October 26, part of efforts to fulfil Ramaphosa’s promise to create jobs.

“You’re also going to have a stream of announcements at the investment conference,” Makhaya said.

She said the summit would connect investors with projects, and also be an opportunity to convince investors the country was on a stable policy path.

“We need to keep doing the work of raising investments leading up to next year’s election to show investors policy isn’t going to change (even if the ruling ANC party lost the vote),” she told Reuters in an interview.

The polls are due to be held in the middle of the next year and the African National Congress is battling to increase its majority. Ramaphosa faces an uphill battle to secure public and investor support after a decade of scandals under Jacob Zuma.

Makhaya said over the past decade, the government had borrowed heavily to fund spending on poorly executed infrastructure projects and pay public sector wages, but tighter controls were needed to ensure returns on investments.

“Significant fiscal spending in the last ten years did keep us away from the brink, but it didn’t alter the economy fundamentally,” she said, adding that spending to try and boost the economy would not work in the long run.

Pretoria’s debt burden has doubled to nearly 60 per cent of gross domestic product in the past decade, while growth in the same period averaged around 2 per cent, well short of government’s target of 5 percent annual expansion.

“The president has articulated his economic vision very clearly. It’s investments, job creation and fixing up governance,” Makhaya said from a meeting room, near Ramaphosa’s office in Pretoria.