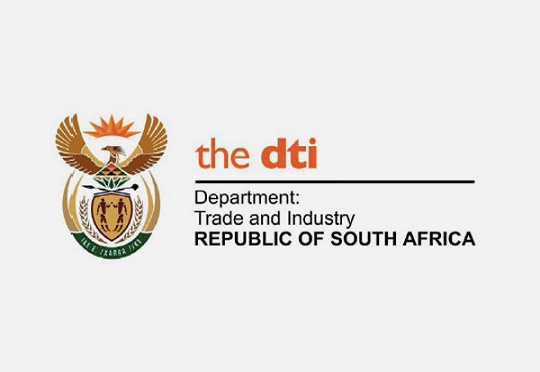 The South African government has launched a special economic zone in Atlantis to attract large-scale investment that will create jobs and bolster manufacturing in the area and the Western Cape.

The 124.5-hectare area is designated for the establishment of a green technologies hub in the Western Cape. This means that the special economic zone will oversee the manufacture of green technologies, alternative waste management, energy-efficient technology and alternative building material, among others.

“Gestamp Renewable Industries, which we visited this morning, was the first of these investments. The company invested R300 million and has created about 220 jobs in Atlantis.

He said the launch of the SEZ was the dawn of “a new era” for the community of Atlantis.

The objective of establishing the Atlantis SEZ is to unlock the underlying economic value of existing and underutilized infrastructure through the creation of a green tech manufacturing hub.

This, he said, includes exploiting its strategic location with its access to major national roads.

Its proximity to two ports, in Cape Town and Saldanha, provides advantages for exporters.

“The Atlantis SEZ is expected to grow the green tech sector in the Western Cape more broadly and revitalize Atlantis as a key industrial node in the region. In the short to medium term, the zone is projected to create over 1 400 jobs in Atlantis.

“Through manufacturing, job multipliers are estimated to rise to about 4 500 for the West Coast region,” he said.

The launch by the President comes as government continues to pull out all the stops to address policy and regulatory uncertainty in a bid to make it easier to do business in South Africa to attract local and foreign direct investment.

The special economic zone is an integral part of the government’s efforts to reignite economic growth by attracting investment and creating jobs.

President Ramaphosa said without significant economic growth, the country will not be able to create work for the people of the province and the country, and without substantially higher rates of investment, growth would not achieve growth.

The government, therefore, has embarked on a range of measures to mobilize investment into the economy.

“And we are working to direct that investment to those industries that have the greatest potential for sustainable growth and to those parts of the country that have the most to benefit.

“The Special Economic Zone programme has been identified as one of the critical economic policy instruments for promoting industrialization,” he said.

The Atlantis Special Economic Zones is the ninth of its kind across the country, although yesterday Cabinet approved the designation of the 10th special economic zone to be located in Inkomazi in Mpumalanga.

The President said the special economic zone programme carried with it numerous benefit for investors.

“The SEZ programme is supported by a competitive incentive package, which includes, among others, a 15% corporate tax incentive, employment tax incentive, accelerated depreciation allowance, VAT and customs exemption, and infrastructure support,” he said.

The SEZs also address the legacy of apartheid spatial planning as they are being established close to where people live, where there is often deep poverty and where there is a great demand for jobs.

At the same time, these sites have been selected for their proximity to ports, logistics hubs, related industry or raw materials.

“These SEZs can contribute much to reshaping the spatial landscape of the apartheid economy. Importantly, these SEZs attract foreign and domestic direct investment into the productive economy through a range of benefits.

“The special economic zones are key to unlocking the country’s competitive and comparative advantages. The programme has so far managed to generate R11.6 billion worth of private investments into the SEZs.

“There were 115 operational investors in the SEZs at the end of the second quarter,” said President Ramaphosa.