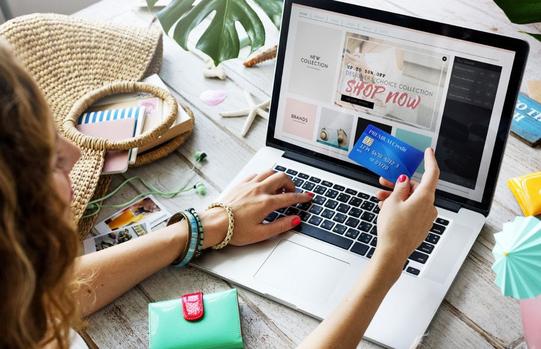 The annual shopping mega events of Black Friday and Cyber Monday, which take place immediately after the North American Thanksgiving holiday, have quickly grown into one of the most important retail events in South Africa.

“Analysis of this year’s activity doesn’t only show exceptional growth in the volume of transactions, but highlights the growing activity of smaller merchants who are cashing in on the online opportunity,” says Peter Harvey MD at DPO PayGate. “SME sign-ups to our offering in the three months ahead of the event and the volume of transactions pumped through our servers coming from the smaller merchants show that local entrepreneurs are finding ways to beat market adversity.”

Harvey says the volume of transactions across its merchant base on Black Friday has doubled every year for the last three years.

“DPO PayGate’s SID secure Instant EFT offering was rock solid throughout the weekend and has seen phenomenal growth in terms of popularity and the number of transactions processed this year,” says Harvey.

DPO PayGate figures show consumers spending roughly the same per transaction on average as they did last year, down slightly to R2098 compared to R2119 in 2017. The average on a normal trading day would be a little over R1000 per transaction.

South African shoppers have responded well to the marketing of the retail event, with many overcoming what concerns they may have with online shopping. Harvey says DPO PayGate saw a spike in the number of cards being used for the first time to make online purchases over the weekend.

Another bright spot in the analysis of the weekend was how the industry had used learnings from 2017 and geared up for the 2018 event.

“We were really impressed with the overall preparedness for the event this year. Merchants made sure warehouses were stocked and customers were alerted to deals well ahead of time. The banks had set up war rooms to monitor and respond to any challenges and the lines of communication between industry players were phenomenal,” comments Harvey.

Collaboration between payment players ensured that shoppers were able to take advantage of the specials without too much interruption.

“There was a constant line of communication between organizations this year. We had a number of calls from other companies and their tech support over the weekend. When one of the local service providers went down, we were able to assist by processing their transaction over an aggregated account until their developers were able to get them back up again.”

Harvey says while there were some technical glitches at many service providers this year, the overall experience of the customer was still good.

“Shoppers were also better prepared this year. Many people had queued up their shopping carts ahead of time causing a checkout tsunami at midnight on Friday when the deals opened. In planning for the event, we tripled our infrastructure from 2017 (which was already double that of 2016) and even this was placed under pressure when the wave hit between 12am and 1am. We were able to liaise with our merchants and with some planned downtime later in the day, we were able to again double our existing capacity in just 15 minutes – something that would have taken hours or days just a few years ago,” Harvey explains.

Harvey says the Black Friday weekend is indicative of the growth potential in South African e-commerce.

“Apart from the significant year-on-year growth in transaction volumes, the number of smaller merchants who are either augmenting their offline offering with online services or opening standalone online stores, shows that the market believes in the e-commerce opportunity. For a country challenged with unemployment, innovative online offerings will keep currency flowing and the economy ticking over and we are delighted to be part of the solution.”