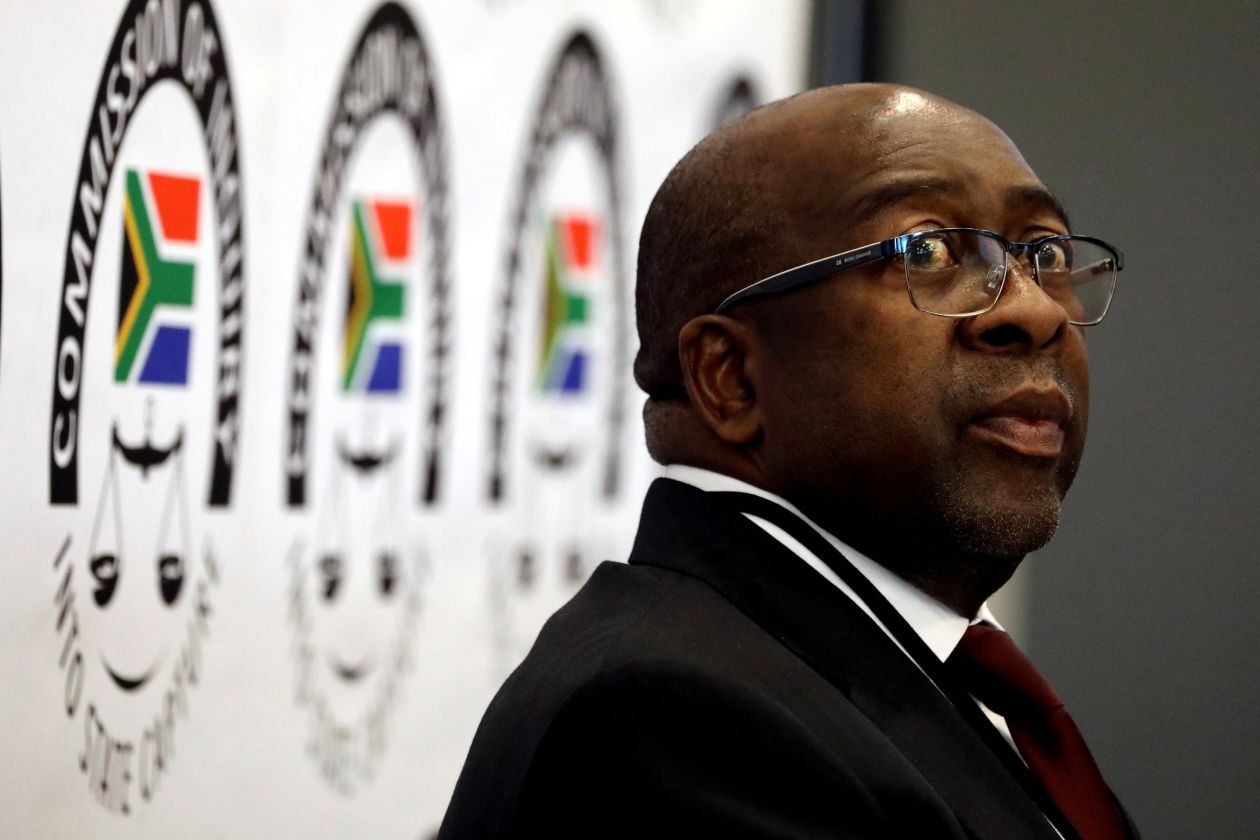 South Africa’s finance minister resigned after admitting links to a family at the heart of a corruption scandal, dealing a blow to President Cyril Ramaphosa’s plans to stamp out graft and rejuvenate Africa’s most-developed economy.

Mr. Ramaphosa said in a televised address late Tuesday that he had accepted the resignation of Nhlanhla Nene, the Treasury chief he reinstated two years after former President Jacob Zuma fired him. Mr. Ramaphosa named Tito Mboweni, a former central bank governor, as the fifth finance minister in the past three years.

The moves followed days of speculation over Mr. Nene’s fate, after he admitted visiting the Gupta brothers—Ajay, Atul and Rajesh—six times. The brothers have been accused of exploiting their friendship with Mr. Zuma to inappropriately influence cabinet appointments and siphon off billions of rands in government funds of high-level influence-peddling. The Guptas—who fled the country after arrest warrants were issued, but haven’t been charged—and Mr. Zuma deny wrongdoing.

Mr. Nene failed to disclose the meetings, which occurred at the Guptas’ homes in Johannesburg. In earlier interviews, Mr. Nene had said he only encountered them at public events.

He publicly apologized at a hearing on Friday, saying he “deeply regretted” the meetings, which “cast a shadow on my conduct as a public office bearer.”

The crisis has added to the gloom surrounding South African assets, pushing the rand lower and sending stocks to six-month lows.

Mr. Mboweni must reassure investors of credible plans to revive growth and stabilize ballooning debt in the midterm budget this month. The rand rose 2.6% after the announcement of his appointment.

Mr. Nene’s opponents say his acknowledgment that he had visited the Guptas tarnished his reputation for integrity.

His defenders say Mr. Zuma forced him to meet the Guptas, who were in business with the president’s son, and was one of the few ministers in Mr. Zuma’s government who refused to facilitate contracts that could enrich the president’s allies at the expense of South Africa’s economy.

The minister’s departure removes one of Mr. Ramaphosa’s most prominent political allies the former favorite of Nelson Mandela tries to shore up investor confidence. South Africa’s economy has plunged into recession and pressure is mounting from a dissident faction within the ruling African National Congress.

The changing economic backdrop has aggravated the challenges for Mr. Ramaphosa, who is known as a cautious deal maker but must now work through a lack of investor support, growing frustration from South Africa’s poor and the bitterly divided ANC.

Some analysts said Mr. Nene’s departure could ultimately help Mr. Ramaphosa outflank enemies in the party, many of whom have also been linked to the Gupta brothers, by creating a new precedent for a fireable offense.

“It is a measure of his character and his commitment to the national interest that he has taken this decision to resign in the wake of errors of judgment, even though he has not been implicated in acts of wrongdoing,” Mr. Ramaphosa said in accepting Mr. Nene’s resignation.