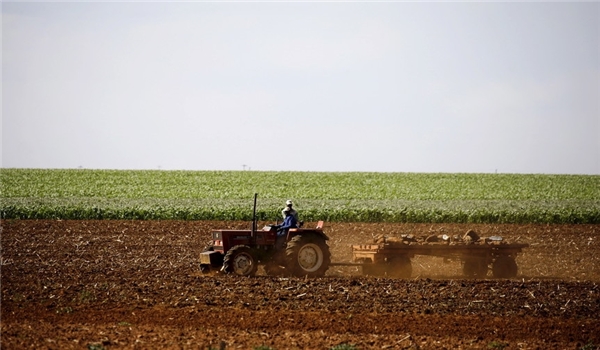 The South African president’s office will seek an explanation from the US Embassy about US president’s tweet on land reform, the state broadcaster SABS reported.

President Cyril Ramaphosa’s Spokeswoman also stated that “the presidency has noted Trump’s tweet, which is misinformed in our view. We will take up the matter through diplomatic channels”.

“South Africa totally rejects this narrow perception, which only seeks to divide our nation and reminds us of our colonial past,” the South African government said in a post on its Twitter account, adding that the country would “speed up the pace of land reform in a careful and inclusive manner that does not divide our nation”.

The US president said Wednesday that he had ordered Secretary of State Mike Pompeo to probe alleged land grabs from white farmers in South Africa.

“I have asked Secretary of State Mike Pompeo to closely study the South Africa land and farm seizures and expropriations and the large scale killing of farmers,” he tweeted.

Trump added that he had requested the investigation after a Fox News report on seizures of land belonging to white farmers by the South African government.

A similar stance has been voiced by South African Foreign Affairs Minister Lindiwe Sisulu, who noted that it was unfortunate that Trump’s tweet on land issues in her country was “based on false information”.

“It is regrettable that the tweet is based on false information. The Minister has thus instructed the Department to meet with the US Embassy in Pretoria to seek clarification on the matter today, 23 August 2018,” the ministry said in a statement, adding that Sisulu would also communicate with Pompeo through diplomatic channels.

A news channel reported that the South African president had begun seizing land purely due to skin color and without offering any compensation. The outlet added that it had obtained a comment from the State Department, downplaying the events as a “difficult issue of land reform” and pointed to Ramaphosa’s pledge to follow the rule of law.

Early this month, the South African government announced that the constitution would be amended to allow for the expropriation of land without compensation. The move led to fears that the country would erupt in violence.

In December, the African National Congress (ANC), South Africa’s ruling party, adopted a resolution providing for the redistribution of land in favor of black South Africans without compensation. Since then the country’s authorities have been engaged in discussions with the aim of deciding on measures to help implement the plan.