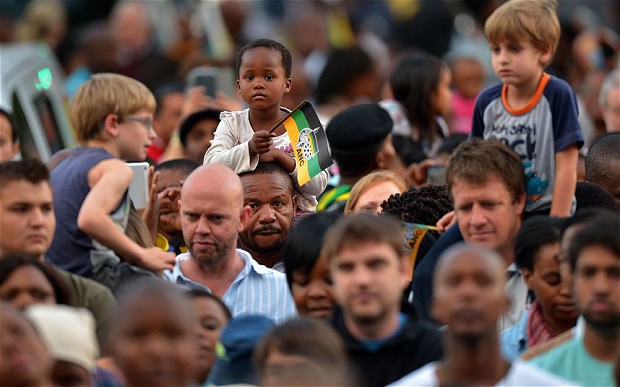 South Africa’s population is closing to 55 million, amid an “exodus” of whites, official figures have shown.

In its estimates released on Thursday, the national statistical service, Statistics South Africa, put the country’s population at over 54.9 million as of July 2015, a 1.65 per cent increase between 2014 and 2015.

A total of 95,158 white people have left South Africa since 2011, while during the same period, more than one million Africans and 40,929 Asians migrated to South Africa, according to the estimates.

Gauteng remains the most populous province, with almost 13.2 million inhabitants, followed by KwaZulu-Natal with a population of almost 10.9 million.

The two provinces account for about 44 per cent of the total population.

Speaking of the exodus of whites, Statistician-General for Statistics South Africa, Pali Lehohla attributed it to “a number of reasons”, for example, he said, some white people found employment in other countries.

The United States, New Zealand and Britain were among the countries South African whites had migrated to, he said.