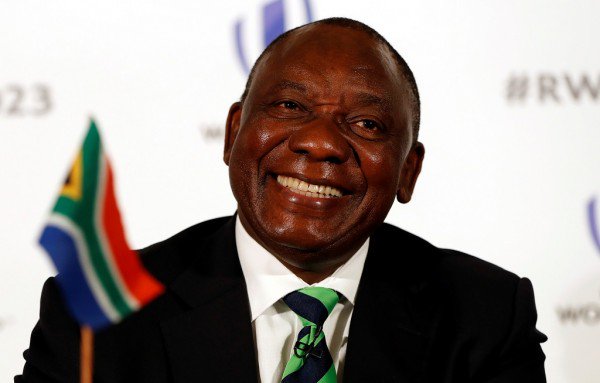 South Africa’s slide into recession is a “transitional issue” from which the economy will soon recover, President Cyril Ramaphosa said in comments published on Thursday, repeating promises for a stimulus package to reignite growth.

Ramaphosa has staked his reputation on reviving the economy after a decade of stagnation under his predecessor, scandal-plagued Jacob Zuma, whom he replaced in February.

But Ramaphosa suffered a major disappointment when data showed on Tuesday that the economy had shrunk 0.7 percent in the second quarter, unexpectedly tipping the country into its first recession since 2009.

“All these things that are happening now are transitional issues that are going to pass,” Ramaphosa was quoted by local news agency Eyewitness News as saying, in his first comments on the recession shock.

“I will be meeting with the business community soon, so that we rally everyone together and pull our country out of the situation that we are in,” added Ramaphosa, who was attending a China-Africa summit in Beijing when the data was released.

The rand has slumped more than 5 percent against the dollar this week and government bonds have sold off steeply, also hurt by the turmoil on Turkish and Argentinian financial markets.

Several foreign banks have slashed their growth forecasts for South Africa to less than 1 percent this year.

In a statement issued on Wednesday, Ramaphosa’s party, the ruling African National Congress, said the recession was the result of a “prolonged trend of slowdown in economic growth”.

It said there was an urgent need for measures to reverse the economic decline and suggested there could be tax credits for companies which support job creation.