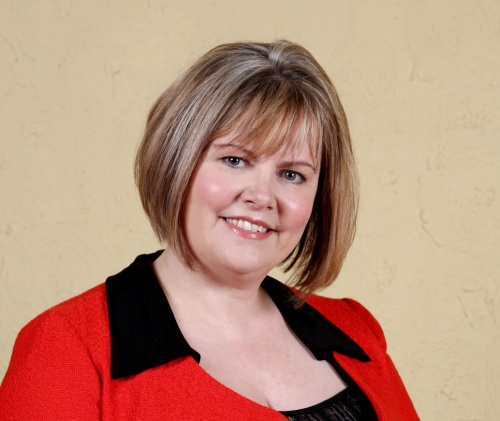 With President Zuma’s State of the Nation address declaring strongly that the time has come to tackle poverty, inequality and unemployment, and the recent downgrade of our outlook to “negative” by international rating agencies Standard & Poor and Fitch, it’s clear that South Africa’s economy is in need of some serious attention. At the same time, angry workers and politicians are making themselves heard as they decry gross economic inequality in a nation where big business appears to do little to address this issue. It’s only a matter of time before changes take place, and business leaders would do well to start adapting right away.

There has been significant disruption in our platinum mining industry, as underpaid workers demand better pay from the massive corporations profiting from the resources of South Africa. And a political party has gained prominence – and seats in parliament – by demanding economic freedom for the South African working class, through the nationalisation of key resources and sectors.

Meanwhile, in Zimbabwe, the model for this kind of redistribution, President Mugabe is taking a portion of whatever international concern he can get his hands on. And, while we may not agree with his methods, to a certain extent, his demands, and those of the Economic Freedom Fighters are understandable. International companies simply can’t continue to come into Africa and take what they want from the continent to realise profits elsewhere. That is not the true growth potential that Africa offers.

The writing is on the wall in South Africa. While we may never achieve the heights of turmoil that the redistribution of land and wealth have reached in Zimbabwe, I believe that it is only a matter of time before more compromise is demanded of both international companies making a profit within our borders, as well as our larger local businesses.

And that’s not necessarily a bad thing. Companies have to stop resisting and actively start identifying ways to grow profitable businesses within South Africa that also create benefits for the South African people, beyond simple employment opportunities. It can be done; it just requires a departure from the traditional business mind-set.

I believe that it’s better to start early and go way beyond legislative requirements, adhering more closely to the ‘spirit’ of the legislation, rather than the ‘letter of the law’ (while quietly exploiting any loophole that corporate accountants and lawyers can find). And with the advent of National Health Insurance, as well as the upcoming Competition Commission Enquiry into Health, it is inevitable that the spotlight currently shining on the mining industry will shift to health care. At which point, will the health industry be found wanting?

We have already begun this journey at Umsinsi Health Care and we started early because we wanted to, rather than later because we might one day have to. On the surface of it, we appear to be the South African-based arm of an international medical devices company called ConvaTec. In reality, we are a standalone local business, responsible for selling and marketing ConvaTec wound, stoma and faecal incontinence care products, as well as educating public and private sector health care professionals in wound and stoma care. By inverting several typical business practices, we have doubled turnover and tripled employees in five years, as well as winning several awards and nominations for our diversity and transformation efforts. But the biggest difference in how we structure our business is that we have adopted something called the John Lewis Partnership Trust Model, which began over 100 years ago in the UK.

The John Lewis Partnership is an employee-owned and managed company, which operates John Lewis department stores and Waitrose supermarkets, as well as an online business and a farm. The company is owned entirely in Trust on behalf of circa 90000 employees, who have a say in how the business is run and who receive a share of annual profits. They are so committed to their successful experiment in industrial democracy and employee happiness that they have contributed towards guidelines for employee ownership, alongside giving support to organisations that request it.

So that’s what we’ve done here in South Africa with Umsinsi Health Care. We’ve created a local business for an international entity that will be wholly owned in Trust for the benefit of our employees in South Africa, as well as the social responsibility projects that they choose to adopt. They already take a share in our profits, before which, we decide how much will be reinvested into our business to ensure future job creation, skills development, community upliftment and growth. And those employees that stay with the company until retirement will benefit from provisions that ensure they will be comfortably looked after for the rest of their natural lives. Our international partner ConvaTec, on the other hand, gets no shares in our business, directorships in our operations, or profits from our sales. They benefit as we grow because we then have to buy more from them and, as long as their pricing remains reasonable, we will all do well.

We’ve learned some important things along the way. Participating in a business model that benefits everyone in the medium to long term requires sacrifice on an individual level, today. For example, I do not drive a fancy car. My vehicle meets my needs and that’s all it needs to do. Where I live speaks likewise, comfortable but modest and certainly not excessive. And this is where I may well depart from the leadership of the Economic Freedom Fighters, in making clear the point that we will all need to pass up on some things that we’d like to have for ourselves, if our country is to benefit as a whole. Potential solutions to our national challenges fundamentally lie in the roots of reasonableness, as noted by the retired John Spedan Lewis in his ‘Dear to My Heart’ radio broadcast for the BBC:

‘The present state of affairs is really a perversion of the proper working of Capitalism. It is all wrong to have millionaires before you have ceased to have slums. If we do not find a way of correcting that perversion of Capitalism, our society will break down. We shall find ourselves back in some form of government, without the consent of the governed, some form of police state.’

On a micro level, this reflects the kind of thinking that is also required of international and larger local businesses that want to succeed in South Africa. It’s not about reaffirming the traditional top-down structures of business and generating as much corporate and personal wealth as possible for the people at the top, or those shareholders beyond our borders. Obviously, business is still about making money, but it also has to be about real, humane benefits for everyone who contributes to its success.

The world can’t sustain ridiculous models in which the rich get richer, the poor get poorer, and the rich actually get bonuses for making the poor poorer (or driving the business into the ground and then abandoning it). At some point, after repeated failures, this economic model is going to collapse. And those that succeed in the wake of this will be the ones who saw the need for a more equitable, more humane distribution of wealth and power.

I’m not saying that the John Lewis Partnership Trust Model is the perfect answer to the challenges that we face in business throughout South Africa today, or the only answer for that matter. What I am saying is that the thinking behind it, the genuine intention to share the wealth and growth that a business can offer, with its employees and local communities, is what will drive successful and socially responsible South African businesses into the future.