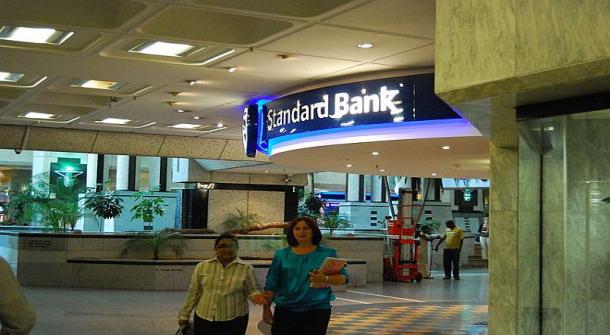 The Standard Bank of South Africa Limited has been ranked Africa’s top bank by banking industry publication, The Banker.

“South Africa’s lenders, for so long the shining light in Africa’s representation in The Banker’s Top 1000 rankings, retain the top spots in the regional list but mostly with falls in their Tier 1 capital,” the UK-based international financial affairs publication noted in its report.

South African banks, FirstRand and Nedbank Group ranked second and third respectively in the list, which underscores the growth of investment in the Southern African country.

According to the UN Conference on Trade and Development (UNCTAD) in its ‘World Investment Report 2014′, there was increase in Foreign Direct Investment (FDI) inflow into Africa in 2013, driven by the Eastern and Southern African sub-regions.

The report noted that infrastructure was the major attraction for investments in these countries.

“The good news, however, comes from the direction of Morocco’s financial institutions,” said The Banker, as two Moroccan banks, Groupe Banques Populaire and Attijariwafa Bank ranked 4th and 5th respectively despite FDI flows to the region falling by 7 percent to $15 billion

A bank from Nigeria, Africa’s largest economy made it to the 6th position in the ranking, with 3,114 tier 1 capital, a far cry from the StandardBank’s $10.6 billion.

The ranking of Nigerian banks may not be unconnected with the drop in FDI flow into the country in 2013 to $5.6 billion from $7.1 billion in 2012, according to UNCTAD, citing divestments by the International oil companies.

Although East Africa enjoyed increase in FDI in 2013, no East African Bank made the Top 25 list.

Introduction of innovative products have also enhanced the growth of banks across Africa, with policies ensuring banks stay healthy. Effective use of information technology and expansion to other markets with growth potentials have also helped African banks grow.