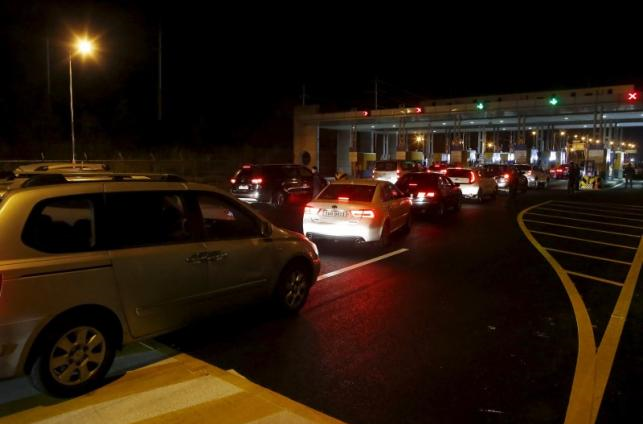 South Korea will begin talks with Washington as early as next week on deploying an advanced U.S. missile defense system following North Korea’s rocket launch, an official has recently said, as Seoul cut power to a factory park run jointly with the North.

The discussions would focus on placing one Terminal High Altitude Area Defence (THAAD) unit with the U.S. military in South Korea after the North’s launch last weekend, a South Korean defense official told Reuters on condition of anonymity.

South Korea on Wednesday suspended operations at the Kaesong industrial zone as punishment for the rocket launch and a nuclear test last month. The zone, located just inside North Korea, had operated for more than a decade.

The North called the move “a declaration of war” on Thursday and expelled the South’s workers. Kaesong was the last venue for regular interaction between the divided Koreas.

The 280 South Koreans who had remained in Kaesong rushed to leave the industrial park on Thursday evening, completing the pullout at 11:05 p.m.(1405 GMT), the South’s Unification Ministry, which handles relations with the North, said.

A few minutes before midnight, the South shut off the supply of electricity into Kaesong that powered the factory zone, the ministry said early on Friday. It also cut the water supply.

The United States, Japan and South Korea are seeking tougher sanctions against the North following the nuclear test and rocket launch.

Isolated North Korea regularly dismisses the South as a puppet of the United States and just as regularly accuses both of acts of war against it.

U.S. military officials have said the THAAD system was needed in South Korea, but Seoul had been reluctant to openly discuss its deployment as it tried to balance its alliance with the United States and ties with China, its biggest trade partner.

South Korea and the United States said that if THAAD was deployed to South Korea, it would be focused only on the North.

China and Russia have expressed concern about the potential deployment of a system that operates a radar that could penetrate deep into their territories.

THAAD, built by Lockheed Martin Corp (L.M.T.N) is designed to intercept and destroy ballistic missiles inside or just outside the atmosphere during their final phase of flight.

South Korea accused the North of “illegal” acts by freezing the assets of South Korean companies in Kaesong, warning that Pyongyang would be held responsible for any consequences from the industrial park’s suspension.

The Kaesong project employed about 55,000 North Koreans, who were given a taste of life in the South, working for the 124 mostly small- and medium-sized manufacturers that operated there, about 54 km (34 miles) northwest of Seoul.

The average wage for North Korean workers was roughly $160 a month, paid to a state management company. Except for Kaesong, both countries forbid their citizens from communicating with each other across their heavily armed border.

Despite volatile North-South relations, Kaesong had been shut only once before, for five months in 2013 amid heightened tensions following Pyongyang’s third nuclear test.