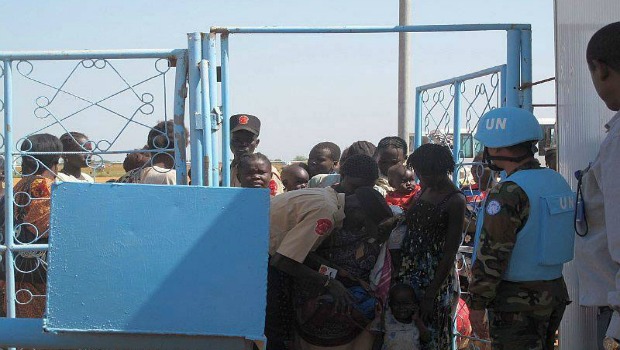 South Sudan has ordered NGOs and businesses operating in the country to fire foreign workers by mid-October and give their jobs to South Sudanese.

In a statement published Tuesday in several newspapers, the government ordered “all non-governmental organizations, private companies, banks, insurance companies, telecommunication companies, petroleum companies, hotels and lodges working in South Sudan … to notify all the aliens working with them in all the positions to cease working as from 15th October.”

Some of the jobs vacated by the foreign workers should be filled by “competent South Sudanese nationals,” the statement said. Those jobs include the positions of executive directors, personnel managers, secretaries, human resources officers, public relations officials, procurement officers, logisticians, front desk officers and receptionists, the order says.

Labor and Public Services Minister Ngor Kolong Ngor, who issued the order, said it was aimed at protecting the “rights and interests of the people of South Sudan.”

Juba resident Emmanuel Okot said the government order would give him a and other South Sudanese a better chance of finding a job.

“We have very many youth in South Sudan who went to school, they attained the right qualifications but they don’t have a job. I think this circular is going to be a very significant thing for the youth of South Sudan,” he said.