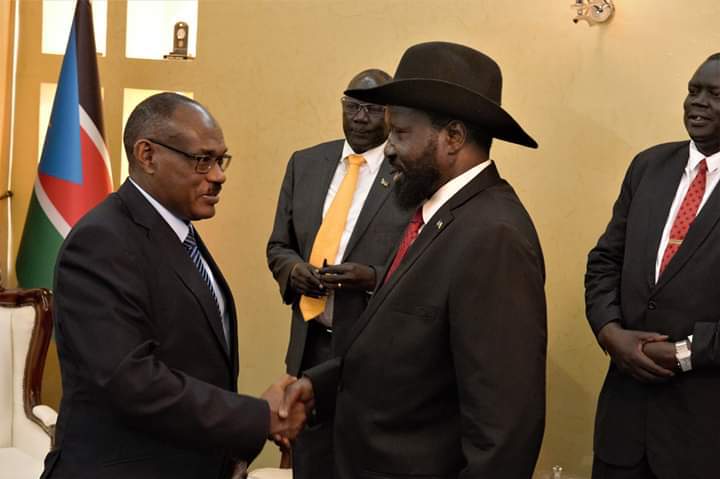 The agreement come as result of regional and International efforts led by the Intergovernmental Authority on Development (IGAD) to try to end the ongoing civil war In South Sudan.

According to the statement, the South Sudan government sent it’s condolences to the Sudanese government for the death of former President Siwar Al-Dahab who died in Riyadh, Saudi Arabia on Thursday at the age of 83.

Acvording to the statement, the visiting top Sudanese diplomat, Al-Dirdiry, said the meetig with the South Sudanese leader focused on bilateral ties and the implementation of the peace agreement signed in September.

“For his part, the Sudanese special envoy Dr. Al Dirdir Mohamed Ahmed said their meeting covers bilateral ties between Juba and Khartoum and the revitalized peace agreement, its implementation and challenges,” the statement added.

The implementation of the agreement has not yet been properly started given that many measures are yet to be taken especially by the South Sudan government which is yet to release political detainees and prisoners of war.