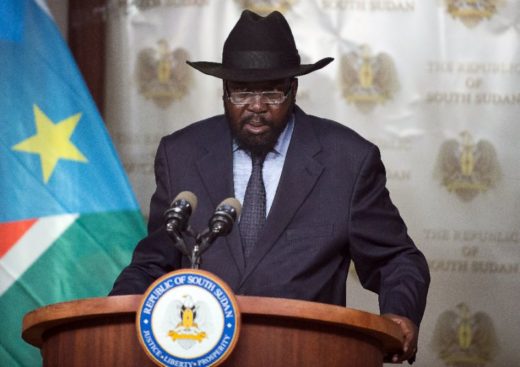 Foreign Minister El-Dirdeiry Ahmed and Ambassador Gharib Allah Khidir disclosed that President Kiir will attend a ceremony to be organized at the Republican Palace in Khartoum.

President Silva Kiir expressed his desire to meet with all factions of the South Sudanese opposition in Khartoum on Friday in response to the invitation extended to his Excellence by President Omer al-Bashir, the guarantor of the agreement to attend the celebration held at the presidential palace on the occasion of the final signing of the revitalized peace agreement.

El-Dirdeiry stated that “President Silva Kiir would invite Dr Riek Machar and all the leaders of the South Sudanese opposition groups to come to Juba to attend a ceremony, which he will hold in the capital of South Sudan to celebrate peace.”

The final peace agreement was signed in Addis Ababa on 12 September, 2018 after nearly three months of talks in Khartoum where the parties negotiated all the outstanding issues. President Al-Bashir had to intervene several times together with President Museveni to persuade the South Sudanese parties to make the needed concessions.

The role of the IGAD leaders who had to play the “arbitration court” was praised by the international community which welcomed their sense of joint responsibility.