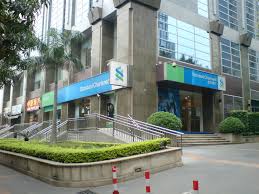 In a bid to promote growth in Africa, Standard Chartered is set to launch its mobile and online banking platform in eight African countries.

The launch will include service for its 1 million customers in Botswana, Ghana, Kenya, Nigeria, Tanzania, Uganda, Zambia and Zimbabwe in the first half of 2016, the bank’s regional head for retail banking Jaydeep Gupta said.

“Africa’s populations are moving quickly to embrace mobile banking and local banks have made material investments on the digital side, so to protect and grow our market share we are investing,” he said.

Gupta noted that StanChart hopes to grow long-term retail banking revenues in Africa by three to four times the pace of the region’s growth in economic output.

Standard Chartered’s move is in contrast to European rivals who have retreated from Africa in recent years, stung by plunging commodities prices and weaknesses in African currencies.

The International Monetary Fund (IMF) on May 3 cut its 2016 growth forecast for sub-Saharan Africa by 1 percentage point to 3 percent, the lowest level in 15 years and half the average over the last decade.