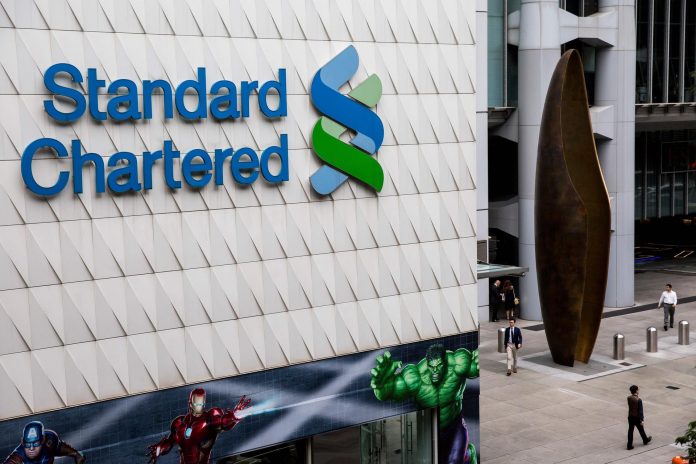 Standard Chartered is leaving seven countries in Africa and the Middle East where it is sub-scale as it seeks to improve profits by narrowing its focus to faster-growing markets in the region, it said on Thursday.

The bank will fully exit Angola, Cameroon, Gambia, Jordan, Lebanon, Sierra Leone and Zimbabwe, likely by trying to sell its business in those markets.

It will also close its retail banking operations in Tanzania and Ivory Coast to focus solely on corporate banking.

The move marks a major shift for Standard Chartered, which has been among the biggest European lenders to invest in the continent in recent years when peers have been withdrawing.

The cuts would allow it to focus on bigger and faster-growing economies in the region, such as Saudi Arabia, where it has opened its first branch, and Egypt.

Before the announcement, StanChart operated in 15 African markets and 10 in the Middle East, employing around 15,000 staff, a major presence that had made it “unique among global banks” in the region, according to Citi analyst Yafei Tian.

But the complexity of operating at that scale left the bank with a comparatively high cost to income ratio of 74%, which exiting sub-scale markets will help to improve, Tian said.

The bank said that the markets being cut generated just 1% of total income in 2021 and a similar proportion of profit before tax. StanChart is currently present in 59 markets overall and serves clients in a further 83.

It did not immediately comment on the number of job losses resulting from the cuts.
StanChart shares rose slightly on the announcement, up 0.6% against a flat FTSE 100 index.

StanChart has joined the ranks of other global players to reduce their presence in Africa in recent years as they struggle to reach scale compared with incumbent locals.

It has pursued a strategy of investing heavily in digital banking in Africa but found it hard to translate customer acquisition into steady profits.

Barclays sold its African unit in 2016, ending its 90-year presence on the continent, while Credit Suisse pulled out of its wealth management business in nine African countries this year.

The economy in Sub-Saharan Africa, home to many of the poorest nations on earth, has contracted sharply during the pandemic and has struggled to recover compared with developed economies.

In October, the International Monetary Fund predicted that the region’s economy would expand by 3.7%-3.8% this year and last – the slowest recovery relative to other regions around the globe.

Some lenders are still scaling up in Africa, with Deutsche Bank saying it will expand its private bank in the region last year.