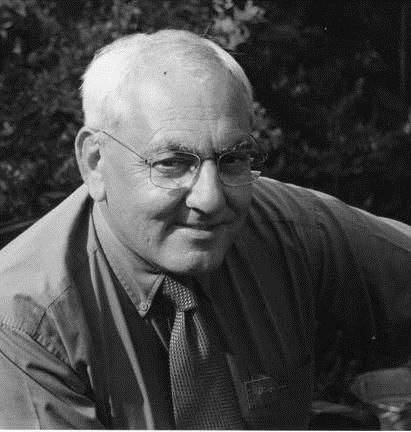 In June, the United Nations Conference on Trade and Development (UNCTAD) published its 2015 annual report on global foreign direct investment (FDI) flows. It says that global FDI fell by 16% in 2014. The fact is that global capital flows have been subdued since the crash of 2008. Given the uncertainties of low oil and commodity prices, the UK’s exit from the EU, continuing geopolitical insatiability in the Middle East, a new president to be elected to the White House and general elections due in Germany, France and The Netherlands and heightened tensions in Asia orchestrated by North Korea, the prospects for the return of the economic and political stability needed to stimulate global FDI currently appear remote.

Sub-Saharan Africa has though done pretty well to maintain a reasonably steady flow of FDI. It’s neither up much nor down much but where it is not doing well is in attracting financial services businesses. The Financial Times group’s fDi Magazine told us in July that financial services inward investment to Africa had declined from 186 projects in 2011to 88 in 2015. Of course there were winners, with South Africa, Kenya and Ghana taking the bulk of finance sector FDI projects. But most SSA countries saw little or no inward investment in financial services.

The reduction in financial services FDI is not confined to Africa, but it is of more profound importance to Africa. An expanding, competitive and innovative financial services sector is essential to maintaining African progress. A dynamic, diverse and competitive finance sector is fundamental to economic and human progress. Smart phones are less smart if you can’t use them to bank or make payments. Savings lose value if they can’t be profitably invested. Private pensions can’t be built if there are no mechanisms to do it and enterprising people are held back from creating and building businesses by lack of variety in financial services products and lack of competition in borrowing and seeking equity.

Developing a financial services sector is as fundamental to economic progress as creating infrastructure or widening access to education and health care. If FDI in finance is hard to find and harder still to attract the answer might be to create the conditions to foster an indigenous finance industry. If that can be successfully done FDI will almost certainly follow. There are five critical factors that for me are a prerequisite to building a local finance industry that has the confidence of local people and of the international community.

Aim to be the best you can be. That means aiming to create a finance industry that operates to high standards of corporate and individual behavior. This is vital if all citizens are to believe that the sector is acting in the best interests of customers and the best interests of the nation. Good behavior will also help attract the world’s best businesses, which now cannot afford the reputational damage of being seen to invest in a place with low standards. It has been said that money has no smell, but in the era of the internet and a globalised 24-hour news cycle, if the world thinks something smells it is not long before corporate behavior changes for the better or the value of a business tumbles. In this new brutal media world simply reacting is not enough. To survive, a place, a brand, a service must have built up a goodwill bank over years, so that when they say something the first instinct of the world is to believe; to give a well-respected place or brand the benefit of the doubt.

Twenty years ago, the Organisation for Economic Cooperation and Development (OECD) recognized that is some jurisdictions – mainly in Europe and the Caribbean – politicians were putting pressure on regulators to turn a blind eye to bad behavior or bend the rules to win an inward investment. The trouble with that approach is that it promotes a race to the bottom and erodes public confidence in finance, business and in politicians. So, it’s a great advance if political party rivalries can be put aside and a broad political consensus created about how a national finance sector will be run.

The best example of this I know of is the Mediterranean nation of Malta. I was closely involved with promoting its finance industry for over 20 years. When, in 1994, the Maltese decided to build an international finance centre, its two main political parties agreed that Malta would not take banks from certain countries with poor reputations in areas like money laundering and deliberately weak regulation. Additionally, the rival politicians agreed that Malta would adopt global best practice in regulation and legislation and invest in finance sector education. More than twenty years later that consensus still holds. Getting the two great parties of Malta to agree to a policy and keep consensus alive is an event of such rarity as to be remarkable. The fact is the results speak for themselves. Malta’s finance sector is among the fastest growing and most respected in the world, employment in the sector has gone from around 2,000 to over 10,000 (significant in a country of 400,000 people) and finance is rapidly moving towards representing 20% of GDP.

Malta has attracted many billions of dollars in foreign direct investment over the past twenty years. At the same time, the local finance sector has grown and diversified. What’s noteworthy about Malta is that a very large number of foreign controlled finance businesses are run by Maltese. One reason for this is that since independence from the UK in 1964 the Maltese have invested heavily in education. Indeed, the creation of its finance industry was part of the response to the nation producing waves of highly qualified young people. Thousands who would have left the island to seek opportunities elsewhere have stayed to work in finance because they have good careers, good earnings and the prospect of rising to the top levels of business.

The Maltese have gone much further and today Malta arguably has the most comprehensive finance sector education and training regime of any small nation on earth. This makes Malta and the Maltese attractive to inward investors, gives consumer and business customers confidence in the industry and underpins the trust in which Malta is held by regional and global financial regulators.

Financial regulators have a difficult job. They have, with central bankers, a core role in maintaining national economic stability. They are also – or should be – the champions and protectors of consumer interests (that is any corporate customer or private citizen). The consumer looks to the regulator to ensure a fair deal from the finance industry. Yet if a regulator is too rigid and prescriptive they can cut off the entrepreneurial drive and risk taking instincts that makes the finance sector work. I have no doubt what the first duty of a financial regulator should be. It is to be the customer’s impartial friend. I say this because a regulatory regime that bends too far towards the service provider will almost certainly create a distorted market that fails to deliver to the customer (and the nation) the full benefits of competition. Competition is the spur that drives businesses to win customers through demonstrating sustained success, keen pricing, product and service innovation and clarity in terms and conditions of trade.

The most successful regulatory authorities I have seen have built a robust independence that makes them best able to hold off undue pressures from political masters, vested corporate interests, sometimes vexatious consumers and powerful media. The best are respected and admired and those are two qualities that attract the very best finance concerns and the very best headlines. Success breeds success.

Since the great crash of 2008 the finance sector worldwide has struggled to regain trust and confidence. Over the same period the tax affairs of global corporations have come under the spotlight with a focus and brilliance never before seen. The boardrooms of giant corporations have been shaken. As too have some international finance centres that have operated to standards the world and its consumers are growing weary of. Reputation matters and a premier league reputation matters more than ever.

Few financial services centres invest enough time, love and money in building and managing their reputations. This is a grave error. The effort of decades can be wiped out in hours if a scandal hits. In the internet age, the age of Twitter, WhatsApp, LinkedIn and Facebook a place that thought it was quietly and unobtrusively getting on with business can be suddenly catapulted onto the world stage, its reputation trashed and its ability to attract high quality FDI tarnished. Such is the speed of global events that by the time a country reacts the story will have moved on, leaving the sour taste of suspicion in the minds of millions across the globe. The innocent are swept along with the guilty; all are tarred with the same brush. That’s why getting communications strategy and execution right is so vital.

The best communications seeks to persuade not just inform. It needs to be credible, true, distinctive, creative and relentless.  It needs be based on sound and enduring values, yet be nimble, quick and compelling. In the world of finance centres the communications people have to be able to identify global trends in attitudes, perceptions and regulation so they can advise governments and regulators on threats and on opportunities. The best communicators are not just tough enough to debate and change the mind of prime ministers and finance industry leaders, but also must know how to build reputation over a long time, how to use communications to attract investment, how to build alliances and support among local and international media, how to lever a conference or VIP visit to best effect, how to use language to powerful effect, a day after day.

So, when you scour the world for a world class regulator, scour it too for world class communications advisers. There are few that have the depth of skills and experience, so it won’t be cheap, but the return on investment will pay big dividends for decades.

Think too of the rewards that can come from having a growing finance sector. Many are tangible, like improved national finances, more easily available capital for enterprise, new businesses, more quality jobs, less emigration of the talented, more stable family lives, more tax for national treasuries. These are all great things. There are invisible benefits to be had too from running a finance sector the world admires; pride, self-confidence and self-belief are all enhanced and when people feel good about their own place many more good things can come to pass.