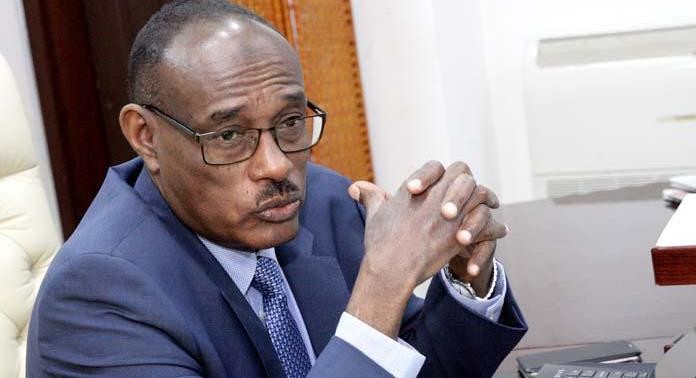 Minister El-Derdeiry Mohamed Ahmed met Thursday with the French Ambassador in Khartoum Emmanuel Blattmannto to discuss bilateral relations ahead of his visit to Paris next month.

In a statement released after the meeting, the foreign ministry said the meeting among others discussed Sudan’s efforts to achieve peace in the Central African Republic (CAR) within the framework of the African Initiative for Peace and Reconciliation.

According to the new foreign ministry spokesperson Babikir Sidiq, the Minister informed the Ambassador that during his recent visits to Bangui and Ndjamena it was agreed to hold a meeting in Khartoum between the CAR Government and the armed groups in mid-November.

Also, the leaders of several countries including Chad, Congo Brazzaville, Gabon and Cameroon will be invited the opening session of the talks.

Dirdeiry “expressed his hope that France supports these efforts and participate in the opening session of the negotiations,” Sidiq further said.

In October 2016, France withdrew some 2000 troops deployed in December to stop the inter-ethnic and religious fighting between Muslim Seleka fighters who toppled the former President François Buzzizi, and Christian anti-Balaka militias who supported him.

Paris recently showed concern over the increasing Russian presence in the CAR with the support of the Sudanese government which seeks to end the instability in the neighbouring country fearing that this conflict affects its efforts to pacify Darfur region.

Last August, the leaders of CAR main armed groups, the Christian anti-Balaka militia of Maxime Mokom and Muslim Seleka armed faction led Noureddine Adam met in Khartoum and committed themselves to work with Sudan with the framework of the African initiative to end the conflict.

Also, in a meeting held on the sidelines of the UN General Assembly on 30 September, the African Union adopted Sudan’s initiative for peace in the CAR.

Recently it was purported that the head of the National Intelligence and Security Services (NISS) Salah Gosh was in an unannounced visit to Paris for talks with the French officials on the situation in the region.

The visit comes within the Sudanese government efforts to reassure Paris of its intentions in the former French colony after the Khartoum backed-rapprochement between Bangui and Moscow which now trains the CAR forces and provided a special force to protect President Faustin-Archange Touadéra.

The departure of the French troops from CAR angered the central African politicians who said it would exacerbate the security situation despite the deployment of African Union troops.

At the time, the former President François Holland wanted to limit the presence of French troops in Africa, while President Emmanuel Macron makes Africa one of the pillars of his foreign policy.