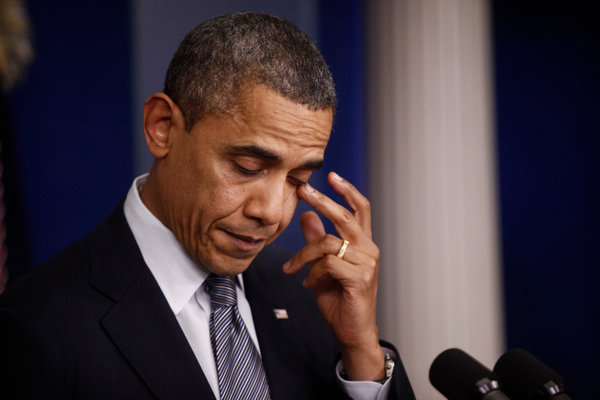 US President Barack Obama has put military action against Syria on hold and vowed to pursue diplomacy to remove the regime’s chemical weapons.

Damascus has admitted for the first time that it has chemical weapons, and has agreed to abide by a Russian plan to hand over its arsenal.

The US had threatened strikes after a gas attack killed hundreds last month.

Mr Obama blames the regime and said the military would respond if talks failed. Syria blames rebels for the attack.

More than 100,000 people have died since the uprising against President Bashar al-Assad began in 2011.

Russia seems to have kept one step ahead of the US. While President Obama has been accused of U-turns and zig-zags, of drawing red lines and being slow to act on them, President Putin has been as solid and unshakable as the Kremlin walls: consistently opposed to a US strike. The Kremlin’s not for turning.

What’s more, Russia believes that its message has been getting through and that its tough stance has helped dilute international support for US military action. Last week, the UN, the EU and the Vatican all expressed their support for a political solution.

Even if the Russian initiative eventually unravels, Moscow can still argue that at least it tried to find a peaceful solution.

Meanwhile, the latest report by UN rights experts, released on Wednesday, says torture and rape are widespread and war crimes are being committed by both sides.

Russia announced its plan on Monday and Syria quickly responded, saying it “welcomed” the initiative.

Late on Tuesday, Foreign Minister Walid Muallem then made the fullest public admission of the regime’s stockpile and a much clearer commitment to the Russian plan.

“Our adherence to the Russian initiative has a goal of halting the possession of all chemical weapons.”

But the BBC’s Daniel Sandford in Moscow says there still appears to be disagreement between the Russians and the Syrians over whether the weapons should be destroyed.

He says the Syrians are eventually likely to concede the point and allow the arsenal to be destroyed because the Russians will argue that is the only way to gain broader acceptance of the plan.

Until Tuesday morning, Mr Obama’s government had been lobbying hard for support in Congress for military strikes.

But surveys of politicians had shown he was unlikely to win the planned vote.

What the US media say

In a televised speech from the White House, President Obama said the Russian plan and the regime’s admission that it held chemical weapons were “encouraging signs”.

“It’s too early to tell whether [the Russian plan] will succeed, and any agreement must verify that the Assad regime keeps its commitments,” he said.

“But this initiative has the potential to remove the threat of chemical weapons without the use of force, particularly because Russia is one of Assad’s strongest allies.”

He said the diplomatic movements were in part a result of the credible threat of US military action, but that he was willing to hold off pushing for a congressional vote in order to allow diplomacy to be pursued.

He added: “Meanwhile, I’ve ordered our military to maintain their current posture, to keep the pressure on Assad and to be in a position to respond if diplomacy fails.”

During his speech, Mr Obama restated the US position that Mr Assad’s government was responsible for the 21 August attack, which he described as “sickening”.

He said that such an attack was not only a violation of international law – it was also a danger to US national security. 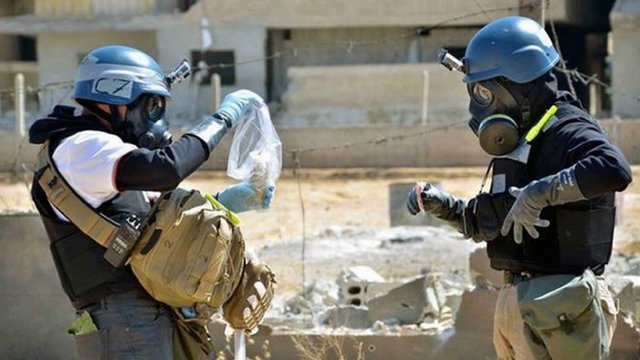 “Hunting down banned chemical weapons in a secretive Middle Eastern dictatorship is not easy,” as Frank Gardner reports

He confirmed earlier reports that US Secretary of State John Kerry would meet his Russian counterpart Sergei Lavrov in Geneva on Thursday, adding: “I will continue my own discussions with President Putin.”

France, which is the only other country to commit publicly to intervene militarily, said its forces would also remain “mobilised”.

There were heated debates at the UN on Tuesday, with the UK, US and France calling for a timetable and the consequences of a Syrian failure to comply with any resolution spelt out.

Washington said it would “not fall for stalling tactics” and France warned against falling into a “trap” that would scupper any meaningful action against Syria.

The French put forward a draft resolution that would be enforced by Chapter VII of the UN charter, which would in effect sanction the use of force if Syria failed in its obligations.

Correspondents say Moscow opposes any resolution that would be authorised under Chapter VII, and that talks have foundered on the issue.

Russia has also said any draft resolution putting the blame on the Syrian government would be unacceptable, and urged a non-binding declaration backing its initiative.