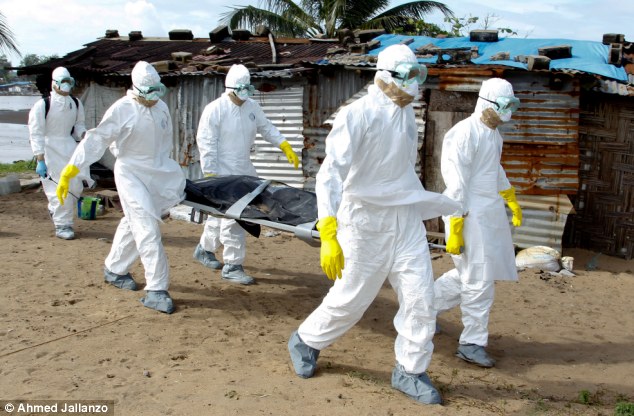 An Ebola outbreak affecting up to 20 people in an extremely remote area in the Democratic Republic of Congo presents a high risk at a national level, the World Health Organization (WHO) said recently.

In an update on an outbreak that officials believe began in late April, the United Nations health agency said there were two confirmed and 18 suspected cases of Ebola infection.

Three people have died among the suspected and confirmed cases, including a 39-year-old man thought to be the first, or so-called “index” case.

Peter Salama, the WHO’s executive director for health emergencies, said the agency’s risk assessment on the outbreak was that it is high at a national level, medium at African regional level and low at global level.

However, he added: “We cannot underestimate the logistic and practical challenges associated with this response in a very remote and insecure part of the country.

“As of now, we do not know the full extent of the outbreak, and as we deploy teams over the next few weeks, we will begin to understand… exactly what we’re dealing with,” Salama told reporters on a telephone briefing.

He said the immediate priority would be to trace the around 400 recorded contacts of the suspected and confirmed cases.

This latest Ebola outbreak is Congo’s eighth, the most of any country. The deadly hemorrhagic fever was first detected in its dense tropical forests in 1976 and named after the nearby river Ebola.

The WHO said the outbreak is centered in the Likati Health Zone in the remote province of Bas-Uele in northeastern Congo near the border with Central African Republic.

Salama described the area, which is around 1400 kilometres from the capital Kinshasa, as isolated and hard-to-reach, with virtually no functioning telecommunications and few paved roads.

Asked about the potential for using an experimental vaccine, Salama said the logistics were “complex” but that the WHO was working with Congo’s government and regulatory authorities.

The vaccine, known as rVSV-ZEBOV and developed by Merck, is not yet licensed but was shown to be highly protective against Ebola in clinical trials published last December.

To use the vaccine, Salama said the WHO would need a fully-approved protocol signed off by regulators, the government and ethics committees, as well as the logistics in place to gain informed consent from all those offered it and to transport and store it at the required minus 80 degrees Celsius.

“In an area without telecommunications, without road access, without large-scale electrification, this is going to be an enormous challenge,” he said.

“But we are committed to working with… partner agencies to implement a vaccination campaign if the (Congo) government gives us a green light.”

The three deaths so far are the “index” case – the man who fell sick and sought medical care on April 22 – a motorcycle rider who took him to hospital and another person who cared for him en route.