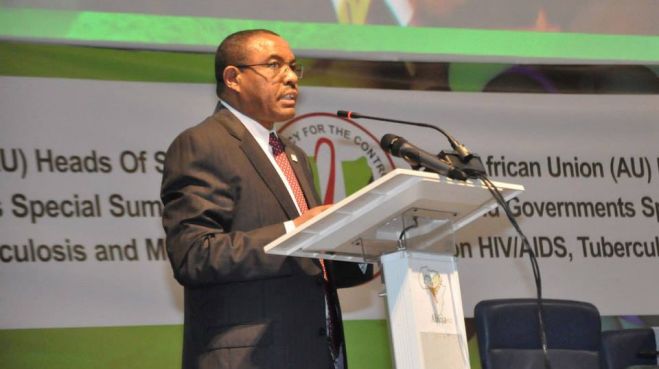 Nigeria recently played host to some African Heads of government, who attended the Special African Union Summit, tagged “Abuja +12”. The summit which was convened to take stock of the continent’s journey towards the eradication of the three infectious diseases, HIV/AIDS, Tuberculosis and Malaria, was however subsumed by a rather unrelated event-the attendance of Omar Al Bashir, President of the Republic of Sudan, who had been declared wanted by the International Criminals Court, ICC, over crimes against Humanity.

The summit which had in attendance over 15 heads of state and government of various African countries, would have been a golden opportunity for the continent to bring the world up to speed with the progress made since the 2000 Millennium Summit, christened the “Abuja Declaration and Frameworks” for Action on Roll Back Malaria, and on HIV and AIDS, tuberculosis and other related infectious diseases, instead, the attendance for the summit became the major topic of global media discourse.

It is therefore pertinent to situate this discourse on the more important aspect of the continent’s performance, in the war against HIV/AIDS, Malaria, and Tuberculosis, rather than Al Bashir’s attendance and its implication for the host country, Nigeria.

Research has shown that between 1999 and 2000 more people died of HIV/AIDS than in all the wars in the continent and  the estimated number of Malaria related deaths has also been put at 1.2 Million per year. Tuberculosis on the other hand, accounts for about 1.4 Million deaths in the continent.

On the issue of malaria, the summit focused on how to close the financial gap totalling over 50 per cent. Delegates to the conference were unanimous in adopting that the problem is a double-edged one of both financing gap and the development of resistance to insecticides. They however added that extra ordinary progress has been made in many African countries on malaria control, while many other countries are very poor and are in dire need of financial support to roll back malaria.

According to the report, $5-6 billion is required yearly worldwide to fight malaria. The problem is worse hit in developing countries, especially in Nigeria. Only 50% of funds needed are made available through national budgets, but mostly from donor support.

A second quarter 2013 report sent to the Summit of the African leaders in Abuja, revealed that only 13 countries are on track to meet the AU targets and MDG’s goals of reducing malaria morbidity to a level where mortality reaches near zero level by the end of 2015.

At the summit, the Joint United Nations Programme on HIV/AIDS (UNAIDS), launched a new framework to accelerate action to reach 15 million people with antiretroviral treatment by 2015, aimed at reducing new infections and ensuring a healthy generation. The framework with the theme, “Treatment 2015” will afford counties the opportunity to expand and upscale HIV testing and treatment which has been proven to reduce the rate of infection, prevent new infections and enable a healthy generation. With roughly 1000 days left to reach the global target of 15 million people on antiretroviral therapy by 2015, countries and partners need to urgently and strategically invest resources and efforts to ensure that everyone has access to HIV prevention and treatment services.

The framework reveals that the foundations for ending the AIDS epidemic are being established by scaling up HIV treatment combined with expanding access to other essential programmatic activities. The Treatment 2015 advocates three fundamental pillars which include Demand, Invest and Deliver. Demand which involves creating demand for HIV treatment, led by people living with HIV and those affected by HIV, which should be sustained by civil society and the international community. Invest; mobilising sustained investment, giving priority to innovation and using the available resources as strategically as possible while Deliver has do with ensuring that health and community systems, infrastructure, enabling laws and policies as well as community systems are in place to deliver treatment to all people living with HIV who are eligible.

The Nigerian President Goodluck Jonathan, in his remark during the conference said “TB is over 400 years old and has been with us all these years. However, he said by working very hard, Africa should be able to knock it out,” adding that the continent has not done enough, though the condition has reduced significantly. Hear him, “from the statistics, it is more prevalent in Africa and people associate TB with poverty. So, TB has the same issues but I cannot say exactly except that like any other diseases that are caused by microbes, there are always resistant strains that come up from time to time and this has to be dealt with using improved drugs.”

African leaders concluded their meeting with a consensus from member states that the region will look beyond 2015 to eradicate HIV/AIDS, malaria and tuberculosis, while sustaining the progress made so far.

Briefing the press at the close of the African Union (AU) Special Summit of Heads of States and Governments on HIV/AIDS, Tuberculosis and Malaria, Nigeria’s President, Goodluck Jonathan, the African Union chairperson and Ethiopian Prime Minister, Hailemariam Desalegn and the African Union Commission chairperson, Dr Nkosazana Dlamini-Zuma, agreed that accelerated efforts will be sustained to eradicate the three main diseases facing the region. President Jonathan who said achieving the MDGs goals goes beyond 2015, added that the region has decided to look at sustainable development that would enable them eradicate these diseases in the region.

The AU Commission chairperson, Zuma, noted that all the countries in the African region are counting days to the achievement of the MDGs and so have accelerated work in that area but was quick to add that they were all looking beyond the 2015 deadline. Jonathan had called on the region to “de-emphasise external funding and importation of essential medicines”.

Funding response to the three diseases has been a major point since African leaders in 2001, agreed to increase health spending to 15% of their national budgets.

They restated concern about funding shortage in their declaration, insisting in their draft declaration: “While we are at a critical time in fighting the three diseases, we are still confronted by significant shortfalls in financing which threatens further progress.”