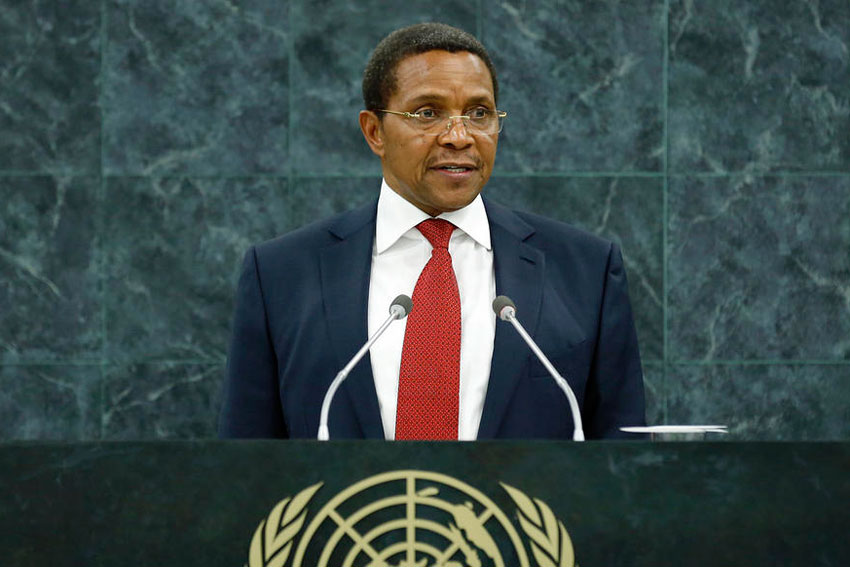 In line with its prospects of acheiving regional transportation hub status, Tanzanian President, Jakaya Kikwete says his country’s plans to hike its cargo volumes by 40 percent over 2013 levels through the country’s main Dar es Salam port.

“If we invest in logistic centres, improve on infrastructure and create a facilitative environment, we can easily turn Dar es Salaam into another Dubai of its kind,” President Kikwete said at the Reuters Africa Investment Summit.

He however pointed out that red tapes has held back the progress of the project by China Merchants Holdings (International) Co which has been appointed to build a new port, special economic zone and railway network at Bagamoyo, 75 km North of Dar es Salam. The project would cost more than $10 billion.

The issues have now been resolved, the president said.

Tanzania like Kenya, who is building a new port at Lamu, North of Mombasa port, which is now East Africa’s main transport link to Uganda, Rwanda and other land-locked states, is capitalizing on a long coastline and upgrading existing rickety railways and roads to serve growing economies in the land-locked heart of Africa from Uganda to Malawi in the south.

According to President Kikwete, the projects include developing a port at Mtwara south of Dar es Salam that could serve northern Mozambique and Malawi. It also involves upgrading the rail network – which could involve building new wider, standard gauge lines instead of the existing – and slower – narrow gauge.

Last month, a PwC report on the World Bank’s Global Logistics At least Performance Index ranked Tanzania as 88th, signifying the country’s progress in developing its transport infrastructure compared to some other African countries.

Tanzania, East Africa’s second-largest market, has one of the fastest growing economies in the world with key drivers drawing from its natural resources, especially in natural gas discoveries, regional integration and infrastructure investment.