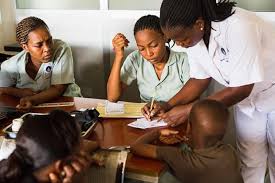 The government of Tanzania has recently made plans to hire about 10,000 health workers before the end of this financial year, to team up with the current workforce in order to strengthen health service delivery in the country.

Dr Kigwangalla said the country was facing critical shortage of health workers whereas currently, the shortage of such workers is at a tune of 51 per cent.

“Various measures have been put in place to deal with the staff shortage, including increasing enrolment of students in this sector, employing as many people as possible and that is what we are going to do before the end of this fiscal year,” he noted.

Tanzania with a population of over 40 million people is in the midst of a critical human resource for health crisis. In fact, the country can count on just 5.2 clinical health workers per 10, 000 people and one fifth of the optimal ratio recommended by the World Health Organisation (WHO).

Regarding AKU’s new nursing/midwifery training facility, he said the opening of the facility was significant for the development of the cadre in the country.

Expounding further, he said, nurses and midwives were the backbone of the health sector as without them doctors would not function effectively, it’s crucial to provide them with necessary trainings to overcome challenges facing them.

The facility dubbed Salama House was funded as part of a Euro 17.2 million grant to AKU from the Federal Republic of Germany to improve health in East Africa through provision of qualified nurses and midwives. The project used a total of Euro 1.2 million.

AKU Vice-President and Chief Financial Officer, Mr Al-Karim Haji, said the grant would also be spent in enabling more students to attend AKU and has assisted the university to develop the curriculum for its planned post registered midwifery and Bachelor of Science in Midwifery.

“Tanzania has only a fraction of the highly skilled nurses and midwives it needs, more modern facilities for nursing and midwifery education are needed,” he said.

Mr Haji also stated that with the opening of the school, they hope to change the situation as the opened school was going to train more nurses and midwives and hopefully, the developed partnership between AKU, the Federal Republic of Germany, the East African Community (EAC) plus the support of the government of Tanzania, would give more nurses and midwives an opportunity to improve their clinical and leadership capacities.