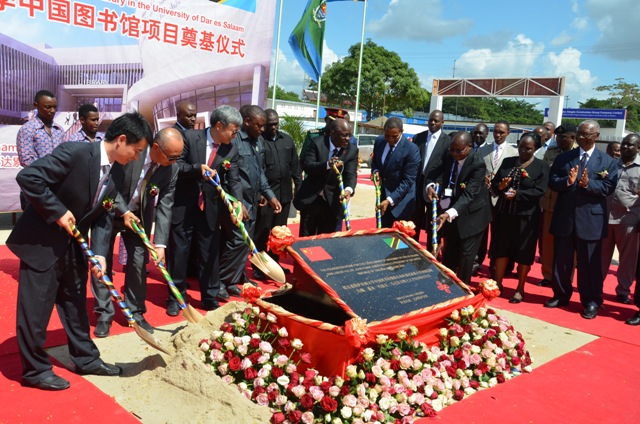 As part of ongoing structural transformations in the University of Dar es Salaam (UDSM), the institution has recently launched the construction of a state-of-the-art modern library to accommodate over 800,000 books and to be globally competitive.

The project which is financed by China at a grant of 40 million US dollars (about 90bn/-), will also serve as a public library and resource centre, the library will have the capacity to host 6,000 people, a conference room and Confucius Centre that can accommodate 2,100 and 500 people respectively.

Dr Magufuli earned his Bachelor of Science in Education Degree, majoring in chemistry and mathematics as teaching subjects in 1988. He also earned his master’s and doctorate degrees in chemistry in 1994 and 2009, respectively.

“I understand all the challenges and problems faced by both students and the university. I have been here and you voted me to become your president so I can address these challenges,” he said .

President Magufuli announced a 10bn/- support to help improve students’ hostels, but urged social security schemes also to consider investing at the university where there is a huge demand for residential accommodation.

The Minister for Education, Science, Technology and Vocational Training, Professor Joyce Ndalichako, on her part acknowledged the government’s commitment to support the construction of the library, saying it was a top priority towards the country’s industrial economy process.

Chinese Ambassador to Tanzania, Dr Lu Youqing, expressed his country’s continued support to Tanzania, saying the two countries have been friends for over 50 years.

He announced that a Chinese firm, Jiansi Jiangdu Construction Group Company Limited, will collaborate with the government and the university administration to complete the project in time.