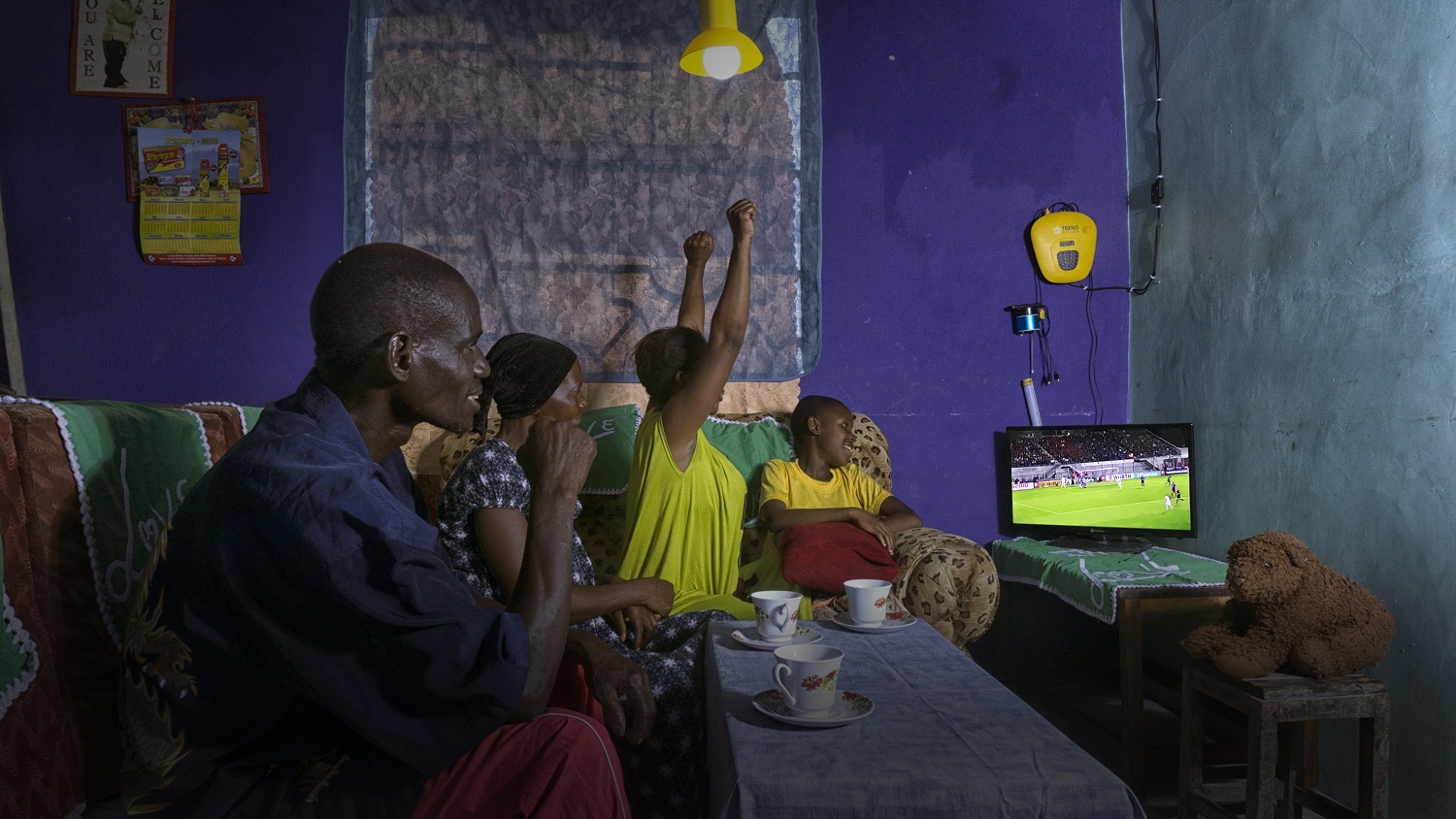 2nd October 2018. Dar Es Salaam, Tanzania. Trend Solar, the Tanzanian PAYGO off-grid energy provider, is a next-generation power solution for rural African Communities. The innovative start-up is leading the way in mobile, IoT and off-grid convergence, with the introduction of a 4G Smartphone, supplied with its solar home kits; a world first.

Leveraging the influence of the mobile phone in Africa, and the latest IoT technologies, Trend Solar provides each user with a solar panel, as well as a 5.0 inch 4G Android Smartphone, the TS-X, combined with inclusive data allowance every month, turning the phone into a modem and enabling communities in rural areas to access the internet. Trend Solar’s operations started in 2017, by Irfan Mirza and Matt Tam, and the team designs distribute and finance a range of solar systems from 70Wh systems to 32kWh all-in-one battery storage and mini-grid systems, targeted at un-electrified, low-income households. Trend Solar’s recently concluded beta period has seen 500 units sold from its hubs in Dar Es Salaam, Geita and Bagamoyo, and the company will now deploy thousands of more systems throughout rural East Africa, as it looks to gain a strategic foothold in the predicted $3.1Bn African off-grid solar market.

Trend Solar currently has 30 agents across the region, who go out to rural communities to provide education on how the system can support their home life or business.

Speaking on the official launch, Trend Solar co-founder and CEO, Irfan Mirza says, “With Trend Solar, we are solving the ‘digital inclusivity trilemma’, by providing an affordable smartphone + mobile data + home recharging possibility. We are disrupting how emerging markets access electricity and internet, by being the first company in the world to assimilate a Smartphone and a Solar Home System [SHS]. We know that access to energy is just the beginning of the journey for our customers, which is why our product team develop innovations in technology that unlock more than just energy – we connect our customers to the wider world.

“During our beta testing, the feedback we received from our customers actually outperformed our expectations, and the addition of the TS-X Smartphone proved to be a stand out function for our users, who previously had no means of accessing the internet. Now, we are ideally positioned to grow our user-base rapidly across East Africa, in a bid to supply power to the 36M people in Tanzania alone, who live off-grid, as well as providing them with the opportunity to become digitally inclusive.”

Thanks to Trend Solar’s unique Cloud platform, built in-house by the development team, Trend Solar can collect comprehensive, real-time data on what the system is being used for and for how long. 30% of battery capacity is used for USB-Phone charging, and 86% of all users prefer to use one of the LED lights switched on overnight for security. Furthermore, the SHSs have been adopted by home and business owners, with initial usage reports, reveal that 65% of Trend Solar customers using their SHS to grow their business, revealing how the system and access to affordable energy and the internet can fuel economic growth and social mobility.

The team behind Trend Solar is also aiming to empower its customers to become more financially inclusive, thanks to its Trend eWallet; users can credit their mobile wallet via any of the existing mobile money providers, such as mPesa or Tigo. Once the wallet is credited via the Trend Customer App (installed on all phones), the balance can be used to pay for instalments and purchase products such as Micro Insurance or additional accessories. The team is also anticipating the Big Data opportunities that the SHS provides. Using the thousands of data points across mobile, mobile money and power usage, Trend Solar is currently developing a credit score (using AI & proprietary algorithm), which will assist with the development of additional products in the future, such as solar-powered irrigation systems, appliances, and also consider microloans.

The Trend Solar SHS has been designed as a clean power alternative for people who live off-grid. Each Trend Solar TR140 Kit includes

Users can purchase the systems with a deposit from $40, the rest paid in 12 or 18 months instalments from as little as $0.50 (50 cents) per day. Trend Solar’s system is also integrated with mPesa, TigoPesa, Airtel Money and HaloPesa, East Africa’s prominent mobile money platforms.

85% of Sub Saharan Africa’s population lives off-grid, yet more than 90% have access to a mobile phone, leading to a significant divide opening up between Africa’s urban dwellers and those in rural areas who, without internet access, risk being excluded from the digital revolution that is sweeping the continent. As the cost of mobile devices continues to fall, the continent is seeing rapid adoption of Smartphones on the continent, which is set to add 500 million new connections by 2020, according to a GSMA report.