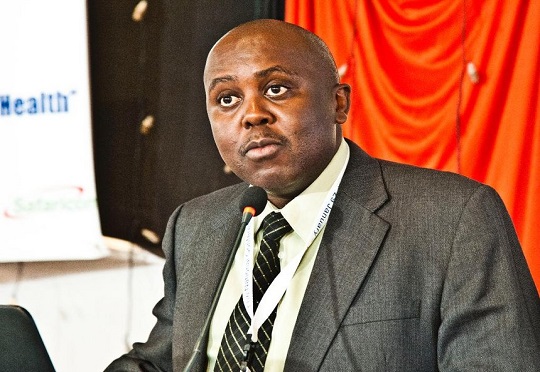 Mr. Kibati is the immediate former Group CEO of Sanlam Kenya PLC and has held other senior leadership positions in both the public as well as the private sector, including being the founding Director General of Kenya’s Vision 2030 Secretariat and serving as Group Managing Director and CEO at East African Cables PLC.

He started his career as an Electrical Engineer at Bamburi Cement (LafargeHolcim) in Kenya and also worked as a Market Development Manager at Lucent Technologies in USA.

Mr. Kibati has also held non-executive Board positions in various institutions and is currently the Chair of the Board of Directors at Lake Turkana Wind Power Limited.

Mr. Kibati is taking over from Mr. Aldo Mareuse who is moving on to pursue other interests have led the company from mid-2016.

Announcing the transition at the company today, Mr. Eddy Njoroge, the chairman of the Board said:

“The Board is very grateful to Aldo for his leadership of the company over the last three years. Notable milestones achieved during his tenure include the expansion of the company’s network by over 50%, the successful rebranding of the company to Telkom and rolling out of a 4G network, resulting in the company becoming the data operator of choice in the market. We wish him the very best in his future endeavors.”

Mr. Mareuse commented: “Since joining the company three years ago, we have made significant progress in the transformation journey initiated following the change in ownership. I would like to thank both management and staff for their dedication to the mission and incredible level of hard work put in to get us this far. I also wish to thank the Board as well as the Shareholders for the support extended to the team and I wish Mugo and the Company great success in the years ahead.”

Mugo Kibati said he was delighted to be joining Telkom at a critical moment of its transformation:

“I look forward to working closely with the Staff, Board, Shareholders and all the Company’s Partners to get Telkom to the next level of its development in the near future.”