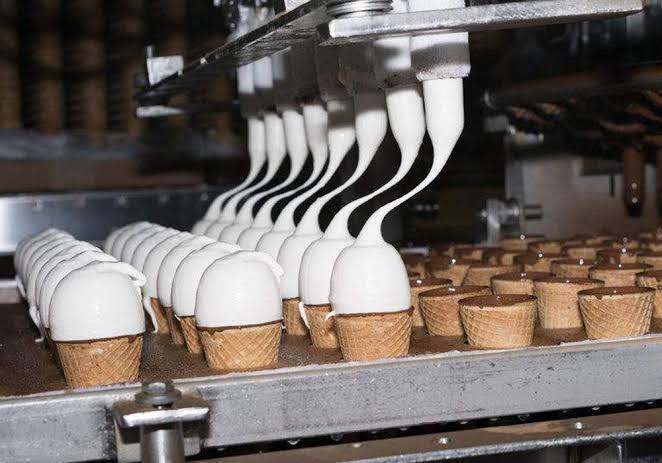 Late last year, Kola, a founder of an Ice Cream and Confectionary in Ekiti State, South-West Nigeria, was finding it difficult to continue doing business. His business which employs nearly ten persons was finding it hard to stay afloat, in part due to the rising costs of materials. The place was quite attractive to fun-lovers in the state, and was fast becoming one of the lively spots in the capital, yet, he was struggling with running costs.

Even as a viable business with a good model, he was finding it difficult to get loans of any sort, and found himself in a conundrum where staying afloat might mean cutting either wages or letting go of some employees.

His problem isn’t quotidian but is the norm in the country for most MSMEs owners who have to constantly make these decisions daily.

MSMEs, that is – Micro, Small, and Medium Enterprises are the bedrock of any progressing or vibrant economy. MSMEs outnumber large companies by a wide margin and also employ many more people thereby reducing unemployment.

The definitions of micro-business, small business, and medium business however depend on the country.

In Nigeria, Micro, Small and Medium Enterprises (MSMEs) are generally referred to as enterprises with up to 200 to 250 employees.

They are often referred to as the engine room of an economy as a result of sustainable growth, employment generation capability, the development of entrepreneurs, and their contributions to export earnings.

MSMEs cut across many sectors of the economy ranging from agriculture to technology and Manufacturing. Its benefits to the Nigerian economy include; The contribution of output to the economy in terms of goods and services, development of skilled and semi-skilled workers for industrial expansion, creation of jobs amongst others.

Interestingly, there are over 40 million Micro, Small, and Medium Enterprises in Nigeria (MSMEs) and they contribute around 50 per cent to the gross domestic product and account for over 80 per cent of employment in the country.

This is evident across various states, cities, and areas of the country where it has become a norm to see the everyday barbershop across the street, the provisions store down the road, the confectionery shops, beauty parlours, the shoemakers, and other small service providers spread across the streets not only carrying out their activities but training others in such skills.

The Nigerian government is however targeting a 7 per cent contribution to the nation’s GDP by the year 2025. The government aims to achieve this through the implementation of the Revised National Policy (2021- 2025) which was created to nurture and promote the necessary conditions for the growth and development of MSMEs.

Among other things, the policy was subjected to review to accommodate new changes at national, regional, and global levels to give room for effective growth of the MSME sector.

In the words of the Director-General of the Small and Medium Enterprises Development Agency of Nigeria, SMEDAN, Mr Dikko Radda, at the launch of the Revised Policy in April 2021 ” some of the changes include the macroeconomic policy thrust embedded in the Medium Term Expenditure Framework and Fiscal Strategy (2019-2021); The national Economic Growth and Recovery Program (ERGP 2017-2020)  introduced to pull Nigeria out of recession; the enactment of the Finance Act 2020 with some explicit provision targeted at the MSMEs and the coming into effect of the African Continental Free Trade Area, AfCFTA”.

This policy if not well articulated will however mean little or nothing to the young man on the street trying to get funds for his business or the young lady whose last hope of setting up her business is being dashed because she doesn’t have access to finance.

It is to this end that the policy recommended that all existing government intervention schemes should be harmonised, an information portal created for demand, and also a wholesale banking institution for MSME funding should be created.

Given the number of MSMEs operating in Nigeria at the moment, can one say they are performing well?

For the Former Managing Director of the Bank of Industry Mr Waheed Olagunju,” if we have about 40 million MSMEs in Nigeria and we’re still where we are in terms of national development, then what is clear is that the sector is still underperforming and it’s not being able to maximise its potentials as MSMEs have done in other economies”.

What then is the way forward to get the MSMEs to do better?

In identifying the way forward for growth in the sub-sector, it is important to point out some of the challenges being faced in the sub-sector which have hampered growth and discredited the efforts of individuals involved.

Some of these challenges include

Having identified the importance of small-scale enterprises to the nation’s growth, moving on, businesses like that of Kola highlighted earlier and others in the MSMEs categories will do better with more funding.

To achieve this, the government is proposing to increase loan disbursements to the MSMEs from N190 billion to N440 billion through the National Development plan 2022- 2025 which is a medium-term development plan aimed at accelerating sustained inclusive and private sector-led growth.

To further tackle the lack of access to finance, the government in the Development plan intends to provide technical assistance to partner financial institutions through the Development Bank of Nigeria to improve their MSME lending capacity, guild operational efficiency, and provide loans and credit guarantees.

As funding can never be too much, the National Development plan also highlights that the government intends to increase the value of loans guaranteed from N6.2bn to N116.5bn and train 375 MSMEs by 2023.

It is however worthy to note that the development of the MSME sub-sector cannot be achieved by the government alone, rather it needs the joint efforts of both government and the private sector.

As the world has become a global village and almost all aspect of life is driven by technology, the future of any economy will largely depend on how much it can manoeuvre in that area.

Nigeria cannot be left behind in the technology-driven growth and as it strives to achieve a digital economy, an MSMEs sub-sector driven by technology is inevitable.

It is on this premise that some operators in the MSME categories have jumped in on the trend of moving on to the “streets” of social media such as Twitter, Facebook, and Instagram to promote their products and services. However, more can still be done.

MSMEs are also encouraged to take advantage of the digital education being provided by some government agencies and private entities to acquire the necessary digital skills required to navigate a digitised world.

Some of these trainings and re-trainings oftentimes appear on social media pages where it is believed that a large percentage of people would be reached.

While adopting technological innovations will move MSMEs to a better level for development, Nigeria still needs to do more in the area of its regulatory policies.

Going by the saying that too much of everything is bad, then it will be right to say Nigeria has too many policies which are sometimes uncoordinated and conflicting such that even Vice President Yemi Osinbajo acknowledged it earlier in the year when the government set another 60-day export action plan as part of its efforts to make it easier for people to do business in the country.

Osinbajo said, “there are too many regulatory requirements. Too many regulations kill output. We have to take a second look at how we regulate. Over-regulation is killing businesses. It kills investments”.

To facilitate development, government and its relevant agencies need to ensure that regulations and requirements are appropriate and balanced to allow businesses and entrepreneurs to focus on product innovations that contribute to growth.

Another crucial factor that needs to be looked into to position the MSMEs as the future of the country as suggested by a Fiscal policy partner and Africa tax leader at Price Water House Cooper’s Nigeria, Taiwo Oyedele, is for government to prioritize the aspect of MSMEs businesses that is labour intensive since the nation does not have unlimited resources.

Oyedele added that a bottom-up approach for funding whereby all policies and interventions are implemented right from the local government level should be deployed for easier management.

According to him “if not for anything, the fact that we have tried the top-down approach for many years and it has failed woefully, I think it’s time we do something different”.

As Nigeria hovers between a Central bank growth forecast of 3 per cent for 2022 and the International Monetary Fund’s 2 per cent growth forecast for the year, the implementation of the various intervention policies of government is expected to fast track growth and development in various sectors including the MSMEs sub-sector to ensure that the country achieves growth in the near term and grow above the historic average.