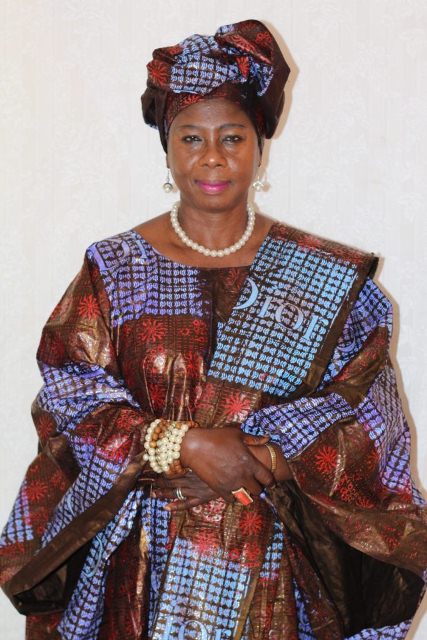 Following the recent announcement of a renowned anti-Female Genital Mutilation activist, Dr. Isatou Touray, to run for the office of the President of The Gambia as an independent candidate, which has ignited a light of hope across the country, it is worthy of mention that yet another brave African woman, like other notable African women, has positioned herself as a beacon of hope in the continent of Africa.

Dr. Touray who has become the first woman in the history of Gambia to run for the office of the president, against incumbent President Yahya Jammeh, in the forthcoming presidential election, was born in 1955 and raised in a working-class home in Banjul, The Gambia. She attended the Albion School and Wesley Primary School, and the Crab Island Secondary Technical School, where she obtained a secondary four certificate. When Dr. Touray graduated from The Gambia College in 1971, she is said to have worked briefly as a teacher, and then transferred her service to work as Community Development Trainer on Women and development.

It was this period of her life that the presidential hopeful experienced firsthand the poverty and deprivation in rural Gambia. Dr. Touray, being moved by compassioned, committed herself to the task of improving the poor state of the people, particularly women. Whatever food supplies she received, she ensured that breast feeding mothers received them as part of efforts to improve their nutrition. She also took it upon herself to teach the people of the community to cook weaning food for babies.

Read: Gender and Politics: Celebrating the Achievements of Women in Parliament across Developing Countries

The mother of 4 is a member of a number of Feminist Networks; she has commendably contributed in advancing women and development in Africa. Dr Touray is the Cofounder of the Gambia Committee on Traditional Practices Affecting the Health of Women and Children (GAMCOTRAP), a national and international leader in the fight against Female Genital Mutilation (FGM); she is a founder of the Gender Unit of the Management Development Institute, an establishment that introduced a Diploma in Gender and Development programme. As a leader in the field of women and development, Dr Touray has been engaged in grassroots activism towards ending Female Genital Mutilation in The Gambia and Africa as a whole.

Needless to say, over the past years, most educated women have been docile and phlegmatic on the political arena across African countries. The story is gradually changing.  With the education she is acquired, the experience and exposure to diverse cultural values, her understanding of the challenges and needs of her people, and her commitment towards advancing gender issues and development in the country, there is therefore no doubting her ability to meet the aspirations of the people of The Gambia, build strong institutions, spur inclusive growth in the society, and put an end to the oppression, repression, and suppression in the country. Dr Touray has made it abundantly clear that the desire of the people for change in the face of immense economic hardship, restrictions on fundamental freedom and personal liberty is her inspiration.

Read: Politics: Celebrating the Achievements of Women in Parliament across Developing Countries (2)

Hear her: “ It is my fervent belief and conviction that we can bring about change for a better Gambia by directing our efforts and political capital towards one end- the singular pragmatic goal of ushering in a new and third republic that brings progress by building strong democratic instruments and institutions, repealing the obnoxious laws that restrict our freedom and liberty, building a strong economy, and leveling the political playing field, so that the sovereign will of Gambians will always prevail in their choice of leadership.” This is quite fascinating and compelling. “In the last two decades I have traversed the length and breadth of this country, I have met hardworking men and women in the city, towns and villages, and I have heard your frustrations. I am inspired and motivated by you the Gambians, by your desire for change in the face of immense economic hardship, restrictions on our freedom and personal liberty,” Dr. Touray stated in her acceptance speech for president.

There are two areas of the Gambia society that have drawn the attention of the first female presidential hopeful: the economy and human rights. The growing rate of unemployment and underemployment with increased poverty is a serious concern in the country. According to statistics the Labour Force Survey (LFS), unemployment rate stands at 29.2 per cent nationally, with the male and female unemployment rates at 20.9 per cent and 38.3 per cent respectively.

Unemployment for youths, who are 37 per cent of the 2million population, is at 38 per cent and is increasingly seen as the cause of a disproportionate number of people leaving the country for Europe. Relatedly, women who play a major socio-economic role in African countries are continuously faced with challenges, such as illiteracy, lack of equal work opportunities, and lack of access to funds and credit.  The productivity of women in the country, unlike their counterpart in Rwanda, is affected by a low level of human rights awareness.

In terms of human rights, it is quite unfortunate and known that the people of The Gambia are faced with state-sanctioned violence, torture, and other human rights abuse. The arrests of journalists, such as Alagie Abdoulie, over one year ago, testifies to the clampdown on  press freedom, the abuse of human rights and the lack of respect for human dignity.

However, Dr Touray has positioned herself as that leader who can lead the people out of this dire situation. In her accepted speech she rolled out some of her approach to the economic situation. In her words, “the youth of this country are frustrated and their hopes dashed. What their country has failed to give them i. e. jobs and decent living, they try to seek elsewhere, embarking on perilous journeys across the harsh desert and the wild Mediterranean… during the recent past, the Gambia’s economy has been challenged by shocks, largely domestic and to a lesser extent external, resulting in low growth and resurgence inflation. The financial position weakened considerably compounded by weak policy implementation, particularly as regards excessive spending relative to mobilization and dwindling external budgetary support.”

However, she continued that  “by investing more in the productive base of the economy, in the private as well as in the public sector, by avoiding wasteful spending, we will create more jobs that would motivate the young generation of school leavers and job seekers, remain in the country. We would motivate and encourage Gambian scholars and academics abroad to return and contribute their quota. We would encourage and lure the private sector to open opportunities to the young people to earn a decent living and fulfil their dreams. We must preserve the Gambia for our children and the future generation and must open the doors for development.”

“Together we can change that direction towards the path of economic growth, creating wealth, creating jobs for the youth, rewarding the hard work of Gambians across the country, upholding the fundamental rights and freedom of Gambians, the rule of law, and the promotion of women’s rights, and the national interest and security of the Gambia”, she concluded.