Home Columnists The Link between Africa’s Energy and Infrastructure Development 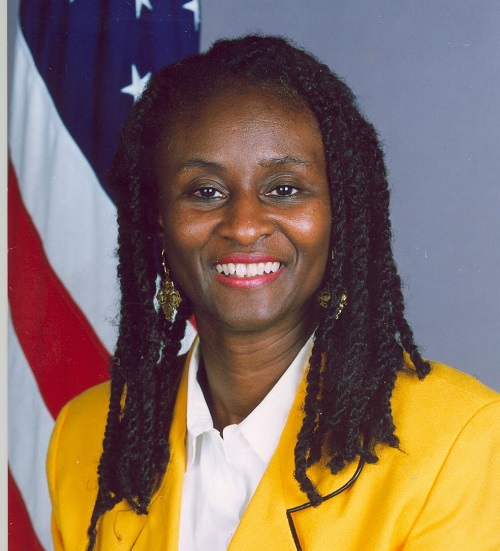 One of the key issues facing sub-Saharan Africa today is the challenge of bridging the region’s energy-infrastructure gap. Yes, we have all read the reports stating that seven or eight of the fastest growing economies in the world are currently in sub-Saharan Africa. According to both the Economist and World Bank, this growth is projected to linger for the remainder of 2013, and in the next 20 years GDP rates are expected to steadily increase from 5.8 percent to 7 percent. For the time being, however, this growth seems less tangible: despite those projections, GDP per capita in sub-Saharan Africa rose only 2.7 to 2.8 percent from 2011 to 2012, according to the UN. Additionally, economic figures aside, what does any of this mean for those on the continent who still live on less than 1USD a day? And how does energy and infrastructure advancement on any scale tie into economic and development issues on the continent?

Let us consider some of the following facts. Only one in four Africans has access to electricity. Inter-African trade is about 10 percent of total exports and only about 30 percent of the region has paved roads or working railways. The entire installed generation capacity of the 48 countries in sub-Saharan Africa is 68 gigawatts, and 25 percent of that capacity is unavailable because of aging or non-functioning plants and poor maintenance. In contrast, a country like Spain produces more electricity for its population than the entire sub-Saharan Africa region.
I like to think of energy, infrastructure and development as three legs of the same stool; there will be no balance or economic progress unless these three legs are addressed, and addressed together. Poverty conditions in Africa are partly due to both a lack of access to adequate energy options and associated infrastructure problems. For example, basic social services such as health and education, or even pumping clean water, all generally rely on access to electricity. The weaknesses found in transportation infrastructure such as, rail, roads, air travel, mass transit, and bridges are also connected to shortfalls in energy needs. You need adequate energy infrastructure to power railways, road toll stations, or any of these means of connectivity. Furthermore, without maintenance and security (which also relies on energy availability), informal roadblocks may arise controlled by rogue elements, the military, police, bandits or local militias. If you do not have adequate energy or infrastructure then a country cannot have sustainable development for its people.
Framing the Energy-Infrastructure Link
It is also important while studying these problems to expand the linkage between energy and infrastructure beyond only the provisions of electricity, power generation, and roads. The energy-infrastructure link is also water sanitation, agricultural development, trade, access to health services, education, and job creation – all fundamental components to sustainable growth. If the energy-infrastructure link is absent as donor nations address development, poverty will continue, and sustainable development and progress will always be hindered.
Africa’s Demographic Trends
Moving on, it is important to tie energy-infrastructure issues to the demographics of today’s Africa and what they mean for the future development on the continent. One of most important demographic issues to pay attention to in this case is Africa’s growing population. Most project development is focused on current demographic statistics, not taking into account the population growth rates and continued rural-to-urban migration. Right now the region is slated to reach a population of 1.9 billion people by 2030 (providing growth rates remain the same), with the billionth person having been born on the continent in December 2011. As noted by the UN Economic Commission on Africa, 60 percent of Africa’s population is under 25 years of age (this will rise to 75 per cent by 2015), and nearly half of that 1.9 billion population figure will be women, according to a May 2013 France24 TV newscast.
If you think gaps in income equality and access to infrastructure are dire now, if not addressed effectively, incoming population growth will only exacerbate the region’s energy and infrastructure problems noted above— those in poverty will be left there, with another one million people entering the poverty matrix every year. Additionally, there is the issue of job creation and the negative impact lack of adequate energy and infrastructure has on Africa’s employment even today.
Recommendations for Moving Forward:
Here are some takeaways and recommendations on developing the energy-infrastructure link throughout Africa:

A few interesting things to note when examining the European Joint Research Center report, in terms of identifying renewable options for different parts of the African Continent:

Small and Medium Enterprises (SMEs), and the African Diaspora are also important elements in addressing the energy-infrastructure link to poverty alleviation. Both are needed for developing and supporting Africa’s middle class, moving thousands out of poverty, and changing the quality of life for many Africans. There is a focus today by both Africans and donors on expanding and assisting SMEs and the Diaspora, but more needs to done to help them get access to financing and capacity building. The paradox is that as SMEs and the Diaspora do their part to help grow the African middle class past 331 million, this will increase demand and add to the energy and infrastructure challenges in the region.
What does all of this mean?
Any solution must take a more holistic approach to sustainable development, which will include all of the key elements: energy, infrastructure, renewables, SMEs, African Diaspora, and poverty. Today’s solutions tend to focus on a subset of 1-3 of the key areas, but not all together in project and program development.
It is essential to keep in mind all of these linkages and the attendant issues of demographics, particularly as sub-Saharan Africa’s population continues to grow to 1.9 billion people. Job creation needs to increase as a result – particularly creative opportunities in vocational, information technology, and SMEs. Africa’s efforts and donor project development need to focus resources and talent in a more comprehensive, effective, and efficient manner toward addressing the energy-infrastructure links and gaps paramount to sustainable economic development. Maintaining the current economic gains or economic boom, and changing the lives of the millions who live in poverty, is dependent on these changes.