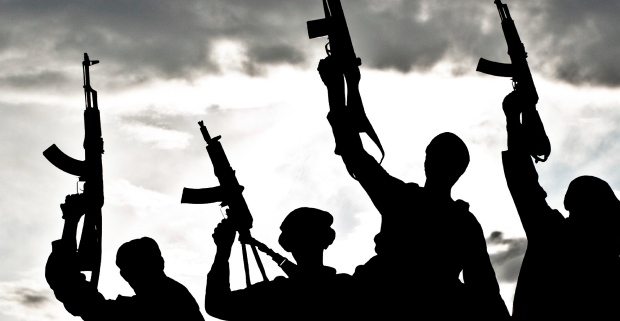 Since the world woke up to the shocking news of the Orlando shooting in the early hours of Sunday 12 June, 2016, a lot of questions have filled the air as regards the security status of communities not only in the United States, but also in many other communities around the world. Calls have also being made to check and address the issue of gun ownership especially in terms of legislation for a balanced policy which will regulate private ownership of guns in the U.S., as well as the implementation procedures for such a policy.

While the National Rifle Association (NRA) in the U.S. strongly opposes any action or policy that will affect their status as gun owners, many individuals have assumed positions for and against the motion with various strong reasons. One major reason outlined by the NRA is the fact that those under this umbrella are noble members of the society who can control their use of these weapons.

Terrorism has over the past few years, had a toll on the African community with the growing challenges of the Boko Haram insurgency which in fact has been linked to Al-qaeda and the ISIS group on the one hand, and several militant activities on the other. This has built an image of consciousness globally such that special security measures are meted out on Africans at airports and in public sites across borders. This also prompted the proposed listing of some African states on the United States list of Terrorist Nations. It is sad to record that Sudan has already been listed as a hub for training terrorist groups and harbouring several of such sects. Little wonder why the Presumptive nominee of the Republican Party in the U.S Presidential elections, Donald Trump, has threatened to ban Africans with the derogatory comment “if I win, you leave”. Be that as it may, there is an urgent need to tackle the spread of terrorist activities in Africa.

Although private possession of guns has not been a part of the African system, it is something the leaders should pay close attention to giving the rising influence of social media activities on the young generation. The United States has in the past recorded cases of children in possession of dangerous weapons carelessly kept by older members of society, which in most cases, ended in the tragic loss of lives. This could be the case in Africa in a space of few years if strict measures are not put in place and in good time.

What can be done to salvage the continent from this imminent danger? It is an obvious fact that in the African setup, the elite members of society tend to fund private possession of arms for the purpose of political gains and the threats from the opposition. Traces of these activities have been recorded during elections into public offices with the sprouting of violent rebel groups and opposition thugs. In most situations, the vibrant youths who form the majority of the continents growing population are sure targets to actualize the dreams of political leaders as they are largely unemployed and with no major source of income.

There is a need for African leaders to stand up with one voice and speak against this recurring decimal while embracing the basic tenets of democracy which entails the spirit of sportsmanship.

Another approach towards curtailing the menace is public awareness on the dangers of such activities to communal living. Just in the same way the public is warned about health challenges, security challenges, and wellbeing, there is a need for intensified sensitization on the part of specific communication agencies, to get the words out and make the public fully aware of the dangers on violent actions such that members of the communities do not get brainwashed into terrorism.

In the same vein, regulatory bodies through the backing of legislative acts ensure proper implementation of these act thereby reducing to the barest minimum, activities of illegal gun owners across the continent. This would also assist in the regulation of arms importation into African countries.

It is true that it will take hard work to achieve this feat, however, the onus lies on every member of the African society not only to ensure a secure and peaceful co-existence within immediate environment, but also to promote the goodwill of the African dream by constantly being a good ambassador of the continent.