African Leadership Magazine
Home Innovation and Technology The State of the Debate on Technology and the Future of Work... 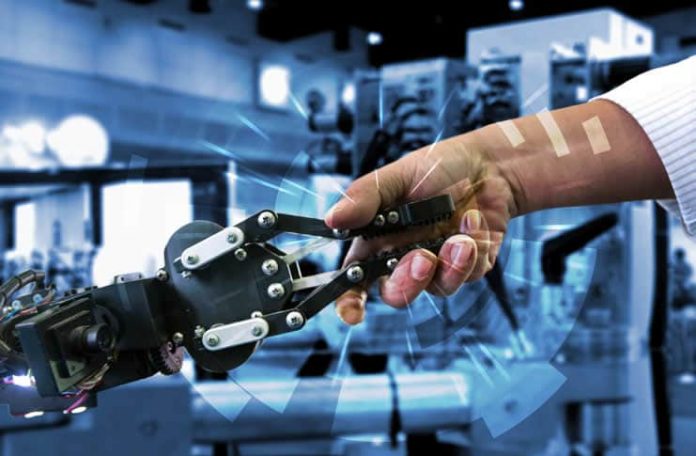 Work culture has come a long way from the rhythmic thumping keystrokes of a typewriter to obtaining real-time notifications with a press of the keyboard.

According to history, the entrance of technology into the workplace began with wheels and sails. People were able to travel to distant locations and across the blue hinterlands due to this.

Technology’s roots have penetrated even deeper into our working lives, and we have been obliged to adapt. Because of this radical shift, Millennials and Gen Z employees who make up much of the modern workplace have been influenced by the steady influx of innovative technology. Because of this, there has been a transformation in human work.

The emergence of “The Remote Workers” and “Telecommuters” was aided by this technology. With the advent of cloud-based tools and technology, one’s work environment is no longer restricted to an office. Professionals can now participate in office activities via the internet from anywhere they wish.

Fast-tracking to last year, tele-everything had been the standard. Going digital has opened up chances in education, work, and commerce.

The apparent drivers were work from home and the demand for remote learning. The global Covid 19 outbreak sparked this rapid advancement. According to market tracker International Data Corp, this saw sales of laptop and desktop computers hit 302 million in 2020, a 13 per cent increase from the previous year and the largest since 2014.

Lenovo, a Chinese IT behemoth, dominated the market with a 24 per cent share, followed by two American companies. HP and Dell.

Sales would have been considerably higher if certain PC manufacturers hadn’t had shortages of crucial components, particularly processor chips, as facilities in Asia shut down because of the epidemic.

These advancements have brought delight to individuals who could work from home. Thanks to enhanced video technology and the internet of things (IoT) in Africa and grief to those who have lost their jobs due to advanced robotics.

Technological innovation has been one of the primary drivers of economic growth and development since the birth of the steam engine and electricity. The Fourth i\ndustrial \revoution is formally here, but the big question is: “What can 4IR technology accomplish for Africa?”

In other words, the question for a business or farm owner or operator would not be “What about robots?” but will be, “What is my present productivity issue, and will using this technology gives a quick and particular solution to this issue?”

From this perspective, it will be exciting to mention to a farmer that the potential of 4IR technology will help farms in Africa reduce production costs, grow their markets through productivity improvements, and increase employment and earnings.

Examining the African labour market’s future shows that technology will play an important role. As a result, the sooner we prepare for it, the better. The most difficult pill to swallow is that technology will replace many aspects of the workplace, which means that some people will likely lose their employment.

As we move in that direction, how we protect ourselves from the shock will be critical. Meanwhile, acquiring the necessary skills will prepare us to run cutting-edge technology as it develops.

The ray of hope is that politicians are becoming more aware of the potential here.
Their primary focus is on the role of research and technology in accomplishing national development objectives.

Investment in research, science, and technology will skyrocket across the continent as human talent develops.

This includes manufacturing, which will play a key role in assisting Africa’s growth.
IT will reduce income and welfare disparities in the community.

Indeed, by 2050, Africa’s business-to-business manufacturing spending is expected to surpass $1 trillion, presenting a massive opportunity for the continent’s overall growth.

Also, Creating an ecosystem in which scientific culture may be at the centre of economic transformation, and governmental decisions is a long-term investment that cannot be influenced by political or business cycles.

Practical tripartite cooperation and partnerships will be required for success, and they must be maintained throughout time.

Suppose Africa can accomplish this in the African Continental Free Trade Area era. In that case, science, technology, and innovation can be harnessed for better economic, social, and environmental sustainability on the continent and beyond.

In a nutshell, “Once a new technology rolls over you, if you’re not part of the steamroller, you’re part of the road.”