African Leadership Magazine
Home Business & Economy The WHO failed on Ebola. With a future pandemic inevitable it needs... 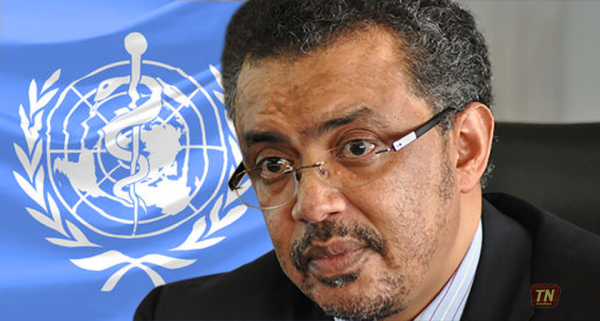 This month another less well known but equally vital election takes place: the new head of the World Health Organization (WHO) will be elected by health ministers from around the planet.

Ministers and academics from France, Ethiopia, Pakistan, Italy, Hungary and UK will vie to succeed Margaret Chan as director general in July 2017

The election couldn’t come at a more crucial time for the WHO. Smarting from its failures during the Ebola epidemic, it needs urgent reform if it is to make the impact we require.

As Bill Gates explained last week on his visit to London, we face the very real threat of a future pandemic. The issue is not if but when.

There are three impressive candidates left in the race to lead the WHO. One of them, Dr David Nabarro, is a Briton and is supported by our health secretary. Nabarro is a good man who has extensive experience in the field of international public health. He is a fine international civil servant. But by convention the five permanent members of the UN security council (of which Britain is one) do not supply the heads of such agencies.

It is to another candidate, Dr Tedros Adhanom Ghebreyesus, that the world should now turn. He has the potential and the ability truly to transform the WHO. By doing so we will improve the health of billions of people around the world.

As the UK’s international development secretary between 2010 and 2012 I saw how our government was able to provide both the leadership and the resources to improve the health of women, men and children in the poorest parts of the world. We vaccinated children and brought family planning to millions of the poorest who had never had access before.

The new WHO leader needs to have demonstrated clear success in building up access to healthcare in poor countries. Proven leadership in reforming important global agencies will be helpful and, crucially, the new leader will need political skills to bring together very different interest groups so that real change can be achieved.

It is clearly Tedros who has the track record that we need. As Ethiopia’s health minister between 2005 and 2012 he hugely expanded healthcare in one of the world’s most difficult countries: he created 3,500 health centres, while dramatically expanding the healthcare workforce. He built more medical schools and deployed nearly 40,000 community-based health workers across the country. Tedros’s efforts to improve Ethiopia’s health system were crucial to doubling the percentage of Ethiopian women with access to contraception. His efforts saw a reduction in maternal mortality of a staggering 75%.

To improve the health of the world we must bring primary healthcare to the most remote places. Tedros accomplished this for his country. As a result he knows at first-hand how to help other countries in the same way. He is the only candidate who has achieved such results at a national level.

As Ethiopia’s foreign minister Tedros went on to lead negotiations for the Addis Ababa action agenda (the international communities’ plan to finance the UN sustainable development goals). It is no surprise that the African Union has officially endorsed Tedros’s candidacy.

This same knack for leadership is now needed to bring substantial change to the WHO and enable member states to work together on tackling new health challenges as well as the current inadequacies.

Tedros’s leadership style is also perfectly suited for this role. He is a decisive but humble man. His experience in successfully leading global health institutions is unmatched. He was chair of the Global Fund to Fight Aids, Tuberculosis and Malaria between 2009 and 2011; he chaired the Roll Back Malaria Partnership from 2007 until 2009. Tedros pushed through sweeping changes that dramatically improved both organisations.

What is more he helped these organisations to raise record-breaking financial commitments from donors around the world: nearly $12bn for the Global Fund and nearly $3bn for Roll Back Malaria.

In its 70-year history the World Health Organization has never been led by a person who has been a health minister, or a person from Africa.

As I know at first-hand from working with Tedros, we now have the opportunity to select an extraordinary leader who has a proven track record of success in his own country and on the international stage.