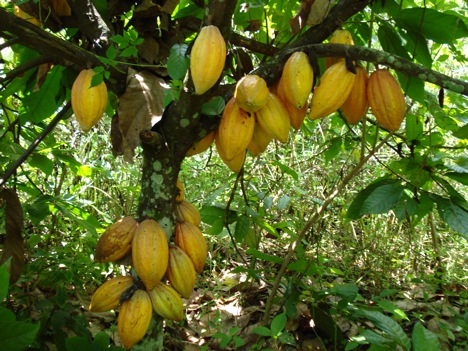 Ghana is considering reducing prices for the cocoa beans it sells to local grinders in a bid to boost processing volumes and create more employment.

The world’s second-largest producer of the chocolate ingredient plans to raise local processing to 50 percent of national bean output from 20 percent currently, according to the Ghana Cocoa Board, the industry regulator.

Ghana has about 12 cocoa-processing companies with an installed capacity that’s estimated to total about 400,000 metric tons, or about half the country’s average harvest over the last three years.

Processors in the West African nation, including Barry Callebaut AG and Cargill Inc., have operated below capacity because of the unavailability of the so-called light-crop beans. Some companies have even had shutdowns in the last two years as a result.

“The light crop beans are smaller and sell at a 20 percent discount that make them competitive globally but that is insufficient and the main crop sells at a premium,” Hackman Owusu-Agyemang, chairman of the board said in an interview during a visit to processing companies in the ports city of Tema, about 40 kilometers (25 miles) east of the capital, Accra.

“We are going to do a cost-benefit analysis and consider some discount so the processors can buy the main crop to ensure that they process at full capacity, which will help create more jobs for the youth,” he said.