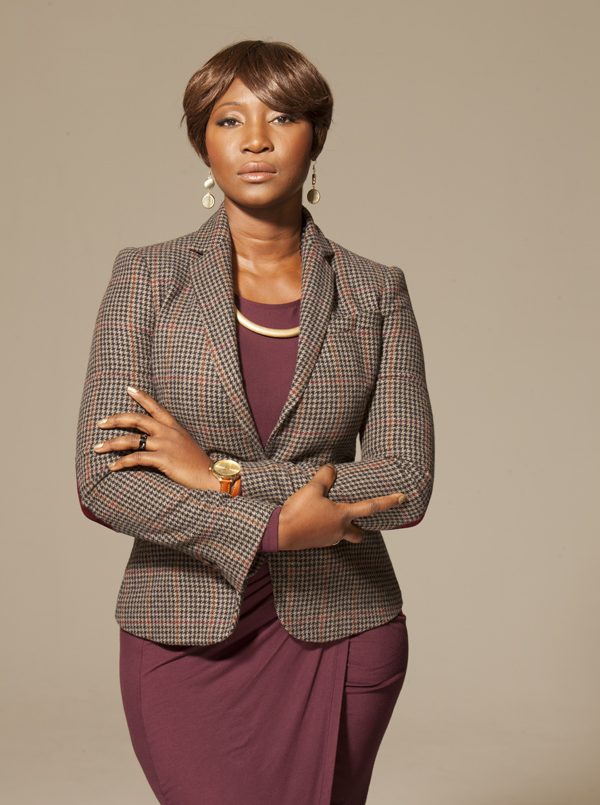 The Mining Industry is largely considered as a lone turf for middle-aged men, but, Ms. Tigui Camara, stands out. She is the youngest owner of a mining company in Guinea and West Africa. Not only is she one of the youngest mining executives in Africa, but she is also the only woman in Guinea to own a thriving mining company, and one of the few in the industry. She talks about her switch from modeling to mining; playing in a male dominated industry, among other issues. Excerpts:

Mining is regarded as a male-dominated occupation. With this stereotype, how were you able to break through to start Tigui Mining Group Guinea?

To be honest I never really looked at it from that angle. I had an ambition and my goal is to achieve it. I learned to never let cultural and social barriers, and stereotypes define me. It’s not about gender. It’s about equally taking advantage of the work force.

Don’t limit yourself. Educate yourself, be professional, be passionate, be respectful and you can pretty much succeed in any given fields.

I can credit most of my success to my male peers and mentors who guided me and made me feel welcomed.

As entrepreneurs, there are challenges common to both genders such as raising funds, Africa’s business regulations and challenges, political instabilities and finding a qualified work force.

But I can say with a level of comfort that our African governments, for the past years are making a lot of effort to make the mining sector more appealing to investments. There is also a dynamic among the young generation to seek education and training to compete at the international market.

The country (Guinea) where your firm’s operation began is not rated so highly according to the Doing Business (DB) ranking of countries. What are the major challenges as compared to other places where your company operates?

I think that Guinea has come a long way. After the Ebola outbreak that put our economy down with political unrests that paralyzed most of the activities, the government has made great progress in making its mining sector more investor friendly and safe.

Our biggest challenges are infrastructure, energy and water supply versus to Cote d’Ivoire that has all the above whilst giving them a better leverage.

We understand that aside Guinea and mining, there are other subsidiaries and countries where you operate. Can you tell us more about this?

Tigui Mining Group’s main mining activity is to explore and exploit gold and diamond mineral projects through its subsidiaries CDGTN in Guinea and TMG-CI in Côte d’Ivoire. These grassroots semi-industrial projects are located in areas with a high mineral potential, near those of major international companies

TMG is developing numerous agricultural development initiatives to address more specifically the needs of the communities in the areas of exploitation of the group and to strengthen the local economy.

We are investing in agriculture, which remains the largest employer and the life blood of numerous communities and has a significant potential impact on economic growth.

Who was your greatest influence in business, and how well has this impacted on you in the business place?

My greatest role model is my mother. My father is a politician. She set an example of success for us. She was one of the first women entrepreneurs and she ran successful businesses while still being the best mother that anyone can think of. She was able to balance ambition and family duty. She is still one of my biggest counselors and she operates as one of my directors.

From her I learned to be thorough, to be patient and to plan and plan.

You had a brief modeling career; why did you put end to that?

Fashion is my first love but I knew that it’s not something I would do for the rest of my life. I have a bachelor degree in business management. I felt that it was time to put into use my education.

My years in modeling opened other doors for me such as mining. I modeled for jewelry companies and noticed that all the gems came from Africa and I wondered if they can do it so can I. Another question that came to mind was, what kind of social impact were they bringing to these communities? Because being a native of Africa I knew pretty much the level of poverty despise the fact that Africa is one of the richest continents in mineral resources in the world.

I decided to get involved with the resolution that nobody can help Africans better than Africans themselves. We need to take action toward bringing change and developing our continent. I took on that bet and I don’t regret it at all.

I also noticed at the time, mind me this was in the early 2000’s, a lack of visibility for women in the mining sector or maybe we were shyly represented versus today.

I put my resources together, went back to Guinea and started Camara Diamond & Gold Trading Network (CDGTN) in 2009.

Let me put an emphasis on the fact that I actually started my first mining activity at the age of 22. My mother ran the venture so I was not as involved as now. My focus at the time was on fashion.

What was the greatest setback you have had in business and how did you react to it?

At the time I saw it as a setback, but it has actually become my biggest strength. I learned from my mistakes as they made me into this ferocious woman that the world knows today.

So, when my first partner left with everything and left me hanging with overheads, that is when I realized that I didn’t have any other options than to succeed. I learned how to fall and get back on top through faith, patience and being a visionary. Luck played also a big role as my best friend and now partner came in and saved the whole situation. We were both neophytes in the mining sector.

I surrounded myself with mining experts, with mentors to guide me. I went to basically every mining gathering in order to understand and immerse myself with knowledge of the sector.

I am passionate about my work. I am hands down on work. I am not afraid to get my hands dirty on the field with my geologists so that I can know every step of the mining process, which allows me to be an alert businesswoman. Being on the field helps me be successful in the sense that I understand my business and I can take the right decisions swiftly. It helps me to implement the right strategies and create a safe and progressive work environment based on trust and effectiveness.

Being the only woman in a male-dominated profession must be lonely. Are there personal efforts to get more women involved?

I am the youngest and only woman owner of a mining company in West Africa and in Guinea. But there is a substantial number of women owners in South Africa and throughout the world. We are expending. We are organized through different women mining organizations such as Women In Mining International (WIM INTL), which have different in country representations to promote, defend and create a platform where women in the mining industry can meet and learn, debate and get some training to better represent us in this field.

In 2013, I co-founded a branch in Guinea under the banner of Women In Mining Gurnee (WIM GUINEE). A platform that counts more than 100 members. I am also a big part of FEMICI, which is another women in mining organization in Cote d’Ivoire. Just to name those examples. So the word is spreading and women are determined to take over more leadership position and ownership. I advocate a lot for women in mining through different gatherings such as forums and in media to give us more visibility.

You have been shortlisted among top CEOs to be honoured with the CEO Hall fame and African Business Excellence award in the forthcoming ALM Person of the year in South Africa. How did you feel receiving the notification?

I feel honored and grateful. It shows that I am making an impact. I am encouraged to work harder to represent my community, my country and my continent. I will definitely continue to set an example of leadership for women and future generation. Thank you for giving us a platform where African go-getters can shine.